The 49ers completed their wave of cuts and have reduced their roster to the regular-season limit. Here are the final cuts that moved the 49ers down to 53 players.

The 49ers have signed cornerback Asa Jackson, according to a team announcement. To make room, the team waived/injured fellow corner Zach Franklin.

Jackson, 27, is best known for his four seasons spent with the Ravens. The former fifth round pick was cycled through Baltimore’s roster last year before being plucked from the practice squad by the Lions. Upon being reunited with Teryl Austin, Jackson appeared in four games with two starts.

Franklin joined San Francisco as an undrafted rookie free agent in May out of Washburn University. In his college career, he appeared in 45 games (34 starts) and recorded 109 tackles, 32 passes defensed, six tackles for loss, two fumble recoveries, and one forced fumble.

Fun fact: Jackson is the fifth Sacramento native on the Niners’ roster, according to Matt Barrows of The Sacramento Bee (on Twitter). If you include DeAndre Carter’s college days at Sacramento State, the count is actually up to six. 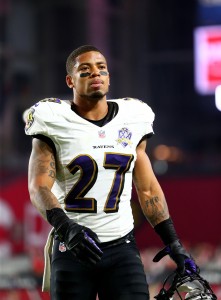 The Ravens offensive line will be getting some reinforcement. Jeff Zrebiec of the Baltimore Sun reports (via Twitter) that the team has activated tight end Nick Boyle. The 23-year-old had been suspended for 10 games after violating the NFL’s policy on performance-enhancing drugs. To make room on the roster, the team has waived cornerback Asa Jackson.

Boyle, a 2015 fifth-round pick, didn’t do much during his rookie campaign. The Delaware product ultimately played in 11 games (two starts), hauling in 18 catches for 153 yards. The tight end ended up missing the final month of his rookie season due to a four-game suspension.

The 6-foot-4, 260-pound tight end is better known for his blocking, and Zrebiec notes that Boyle will likely slide into the “blocking, No. 3 tight end role” while Crockett Gillmore recovers from his thigh injury. The Ravens also have tight ends Dennis Pitta and Darren Waller on the active roster.

Jackson, 26, was on his third stint with the Ravens. The former fifth-rounder has 18 career games under his belt, and he’s compiled 30 tackles and three passes defended. Jackson was promoted to the active roster in mid-November.

The Ravens announced that they have promoted cornerback Asa Jackson to the 53-man roster. His spot was cleared when Baltimore placed rookie defensive tackle Willie Henry on injured reserve. The Ravens also signed guard Jarrod Pughsley and tight end Austin Traylor to the practice squad while releasing quarterback David Fales.

Jackson will help provide depth which Shareece Wright deals with a thigh injury. He may also be utilized on special teams where Devin Hester has coughed up the ball multiple times this year as a return. Jackson missed the 75-man cut in Arizona this summer, but he hopes to stick on the Ravens’ 53-man roster after being jostled around this year.

Henry, a fourth-round pick, is the third Ravens draft pick to be placed on IR this year. He was active for only one game this year.

The good news is that for all the injuries in Baltimore, the team did not announce that tackle Alex Lewis or guard Marshal Yanda are going to IR. Lewis suffered a high ankle sprain recently and was given a six week prognosis. Yanda, meanwhile, is dealing with a shoulder injury and an uncertain timetable for return.