Having signed a 49ers contract set to run through the 2019 season, Jeremy Kerley won’t make into Year 1 of that agreement. The team will release the veteran wide receiver, Matt Maiocco of CSNBayArea.com reports (on Twitter). 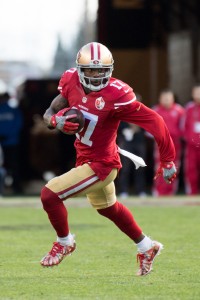 The 49ers will absorb a $3.5MM dead-money hit for this transaction. But the team is not exactly hurting for cap space, entering Saturday holding a league most $69.3MM.

The rebuilding franchise followed up the Kerley re-up with signings of Pierre Garcon and Marquise Goodwin, adding talent to the receiving corps. The 49ers also drafted Trent Taylor in the fifth round.

This release will send Kerley back into free agency, where he resided when the Lions signed him in 2016. The former Jet’s bounce-back season in San Francisco figures to put him on the free agency radar. He won’t turn 29 until November.