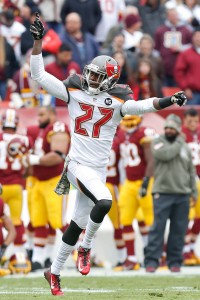 Justin Forsett‘s tenure with the Lions looks to be over after the team did not keep the veteran on its roster upon making multiple moves Saturday. The Lions cut Forsett and cornerback Johnthan Banks to make room for the activation of defensive end Armonty Bryant and wide receiver T.J. Jones, James Palmer of NFL.com reports (Twitter links).

This will send the 31-year-old Forsett to the waiver wire, where the ninth-year veteran could be viewed as a depth option for teams in need of ball-carriers. Prior to the trade deadline, Forsett’s vested-veteran status applied and he did not have to pass through waivers upon being released from the Ravens.

Forsett had not played in a game since October and has just 136 rushing yards (on 3.1 per carry) this season. This move doesn’t necessarily point to an Ameer Abdullah return, though, per Dave Birkett of the Detroit Free Press (on Twitter). Abdullah remains on IR, with Theo Riddick being the top backfield option.

The Lions claimed Banks on waivers from the Buccaneers last month and used the cornerback in two games. However, the former Bucs starter who saw his star fall in Tampa Bay could not make enough of a case to stay on the team. He, too, will be subject to the waiver process.

This marks Bryant’s second activation of the season — both by the Lions — with this latest transaction coming as a result of a three-game suspension the defensive end served. He served a four-game ban while a member of the Browns before Cleveland cut him, re-routing him to Detroit via waiver claim. Bryant has three sacks this season in four games as an off-the-bench cog for the first-place Lions.