Here today, gone tomorrow, and back again. That’s the story of the Bears and defensive tackle John Jenkins who was released on Saturday and re-signed on Monday. Jenkins takes the place of safety Deiondre’ Hall on the roster after he was placed on injured reserve.

Jenkins, 28, first signed on with the Bears in March. He’ll help to provide depth behind starting nose tackle Eddie Goldman in Vic Fangio‘s 3-4 set. Jenkins bounced around in 2016 but he was a 12-game starter for New Orleans as recently as 2015.

The Bears also signed nine players to the practice squad: 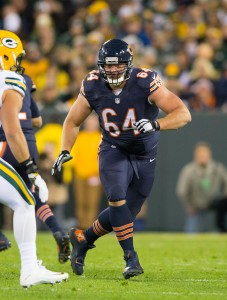