Tre Boston is still looking for his next gig, and his agent is putting on the full-court press to get his client a job. Drew Rosenhaus told ESPN’s Adam Schefter that Boston is “now healthy, in shape, vaccinated and willing to sign on with a practice squad” (Twitter link). 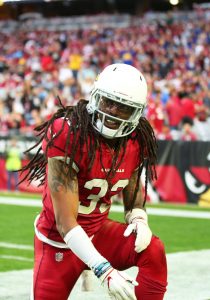 “Tre’s been a really good player for a long time and I’m shocked he hasn’t been signed yet,” Rosenhaus said.

While it’s pretty obvious what’s going on here, it’s interesting that Rosenhaus cites a potential injury as a reason for why Boston hasn’t signed a deal (note that Boston is now healthy). The 29-year-old didn’t miss a game last season, and he ended up finishing the campaign with a career-high in tackles (95). The Panthers decision to cut the safety seemed mostly financial, but perhaps an injury also played a role in his release.

Boston returned to the Panthers in 2019, marking his second straight low-cost, one-year NFL deal. Then, Boston racked up eleven passes defensed and three interceptions, helping to turn around a suddenly resurgent secondary. He was rewarded with a three-year, $18MM deal, but he only made it one year into that contract before getting cut. Boston has been a free agent since February and hasn’t generated any hits, and it sounds like he’s ready to work his way back into the league via the practice squad.

The Panthers are set to release safety Tre Boston, according to ESPN.com’s Adam Schefter (on Twitter). The move will save Carolina approximately $3.5MM against the 2021 books if Boston is designated as a post-June 1 cut.

Boston returned to the Panthers in 2019, marking his second straight low-cost, one-year NFL deal. Then, Boston racked up eleven passes defensed and three interceptions, helping to turn around a suddenly resurgent secondary. He was rewarded with a three-year, $18MM deal, but he won’t see the final two seasons of that pact. The Panthers have already paid out the bulk of that commitment, furnishing him with $9.5MM in Year One.

Boston, 29 in June, tallied a career high 95 tackles in 2020 with two fumble recoveries, four passes defensed, and one interception. With 15 INTs and 104 career appearances under his belt, Boston should find a solid market for his services in March. However, given the anticipated drop in the salary cap, he’ll probably have to settle for less than his previous deal. Unfortunately for Boston, that may mean another short-term pact to carry him through 2021.

Tre Boston is staying in Carolina, and he’s finally getting the multi-year deal he’s been seeking. The Panthers are giving the safety a three-year deal worth $18MM, his agent Drew Rosenhaus told Adam Schefter of ESPN.com (Twitter link).

Schefter notes that Boston will get a whopping $9.5MM in the first year of the contract. Boston has been a solid starting safety for a while now, but since he isn’t considered to be in the top-tier, it’s been tough for him to get a long-term commitment. Last offseason he waited until July to sign with the Panthers on a one-year, $3MM deal after he was unsatisfied with the initial offers he got.

The year before he did the same thing, waiting until July to sign with the Cardinals on a one-year, $1.5MM deal. He’s had to bet on himself, and it finally paid off. This past year he started all 16 games for the Panthers, racking up 11 passes defended and three interceptions, helping to turn around a suddenly resurgent secondary.

Boston started his career in Carolina, so it’s fitting they’re the ones who ultimately rewarded him. A fourth-round pick of the Panthers back in 2014, he spent three years with them before being waived and latching on with the Chargers. He started 15 games for the Chargers and had five interceptions, but still failed to generate much of a market.

Tre Boston‘s lengthy tenure as a free agent is over. The Panthers are signing the veteran safety to a one-year, $3MM deal, tweets Adam Schefter of ESPN.com.

For the second consecutive offseason, Boston had to wait until late July to land a new contract as a free agent. Last year, Boston landed only a $1.5MM deal from the Cardinals, so he’ll now realize a 100% raise for the 2019 campaign, one in which he’ll play for the club that originally drafted him.

Boston was a fourth-round choice of the Panthers in 2014 and subsequently spent three seasons in Carolina, starting 10 games in his final year with the team. He was cut with one year remaining on his rookie contract, and was then signed to subsequent one-year pacts by the Chargers and Cardinals. In both campaigns, Boston started at least 13 games, played at least 950 defensive snaps, and graded among the top 30 safeties in the NFL, per Pro Football Focus.

In 2017, Boston was caught up in a stagnant free agent safety market which saw several starting-caliber players — including Boston’s new teammate Eric Reid — languish on the open market for months. This offseason, however, defensive backs Landon Collins, Tyrann Mathieu, Earl Thomas, Lamarcus Joyner, and Adrian Amos each landed at least $9MM in free agency, but Boston was nonetheless left without a deal.

Carolina can use all the help it can get against opponents’ deep passing attacks, and Boston — who is deployed as a deep safety on nearly snap — can help. Last season, the Panthers ranked just 29th in yards per play allowed on passes of more than 15 air yards, and finished 27th in Football Outsiders‘ DVOA against deep passes.

Some of the blame for that lackluster performance can be placed on Mike Adams, who served as the Panthers’ primary free safety in 2018. Adams, who last year at age-37 posted arguably the worst season of his lengthy career, was not re-signed this offseason. He’ll be replaced by Boston, who along with Reid will form one of the league’s most underrated safety duos.

Giants To Work Out Cyprien, Boston

The Giants are looking for help in the secondary and they’re starting with a pair of big names. On Monday afternoon, the Giants will audition free agent safeties Johnathan Cyprien and Tre Boston, according to Adam Schefter of ESPN.com and Ian Rapoport of NFL.com (Twitter links).

Cyprien, who turns 29 next week, missed the entire 2018 season due to a torn ACL. He also worked out for the Colts this week and should be able to hook on with a contender if he is indeed back to 100% health. The advanced metrics have never been high on Cyprien, but he has been a starter for his entire career and has a reputation for delivering hard hits.

Boston, 27, has averaged four interceptions, 61 tackles, and 8.5 passes defended over the past two seasons (30 games) with the Chargers and Cardinals. Pro Football Focus was also fond of his performance, ranking him among one of the top defenders in the NFC West last season. Still, a big free agency payday continues to elude him.

It’s June 1st and Tre Boston is still without a job, but it sounds like plenty of teams have reached out to the safety. Speaking to SiriusXM NFL Radio (Twitter link), the defensive back indicated that he hasn’t been all that pleased with the offers that have come his way this offseason. Specifically, Boston pointed to the contracts signed by Adrian Amos (Packers) and Lamarcus Joyner (Raiders) earlier this year.

“I know I’m worth every dollar those guys are getting paid,” Boston said (via Josh Alper of ProFootballTalk.com). “The stats say it, you can’t say it’s not, but, for me, it’s about being at peace with where I’m at. Even though the stats say I might be there, if they’re not paying me that then I will wait until it comes a time where I need to sign and they feel comfortable that I’m worth that.”

The 26-year-old does make a point; he’s averaged four interceptions, 61 tackles, and 8.5 passes defended over the past two seasons (30 games) with the Chargers and Cardinals. Pro Football Focus was also fond of his performance, ranking him among one of the top defenders in the NFC West last season.

However, Boston hasn’t seen this money translate into a payday. The defensive back has been forced to settle for a pair of prove-it deals over the past two years, and Boston made it seem like his inability to catch on with an organization may have hurt his free agent stock. Still, the safety remains confident, stating that a team will eventually give in to his apparent monetary demands.

“It’s a copycat league,” Boston said. “Once teams aren’t willing to sign you back – no matter if it’s coaches being fired or different reasons – [other teams are] thinking ‘okay, what’s going on?’

“Eventually, [teams] are going to come around and say we need a great veteran who’s going to come in here and make plays for us. I’ve led my last few teams in interceptions… who doesn’t want a guy like that? So it’s all about them trying to stop playing games and get the job done.”

Boston had previously predicted that he’d be among the “second wave” of free agent safeties to ink deals. The veteran also previously counted towards the 2020 compensatory draft pick formula, but that distinction ended in May. So far this offseason, Boston has specifically been connected to the Browns, but the team has since brought in a pair of safeties in Morgan Burnett and Eric Murray.

Though most of the high-profile free agents have found homes, Tre Boston is not one of them. Not surprisingly, the safety is not happy about that fact, Michael David Smith of Pro Football Talk writes. 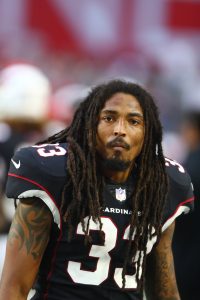 Responding to a Pro Football Focus tweet that showed Boston as one of the top defenders in the NFC West, the safety wondered what there is left to do to get teams to notice.

“Doesn’t mean much but Stats are beyond there! OBVIOUSLY!! The Players see it, the Fans see it, and are starting to question what’s going on. I like it, keep asking question. You’ll see what’s really up. 2 Prove It Deals…. What’s left to prove? Lol Bout to jump on Offense. Lol”

Those two “prove-it deals” he mentions are the one-year deals he took with the Chargers (2017) and Cardinals (2018) looking to land a long-term deal. Despite performing at a level that should’ve netted him that deal, Boston has been left out in the cold.

He’s not the only one, as several other free agents like Ndamukong Suh, are still awaiting teams due to compensatory picks being attached to their signing, ESPN’s Dan Graziano tweets. Those players will have that pick stripped in May, when most will begin to find homes.