Before the NFL Draft, Tampa Bay was already exploring options for depth on the defensive line without re-signing Ndamukong Suh, but, according to Greg Auman of The Athletic, their move to draft Logan Hall may have sealed Suh’s fate. 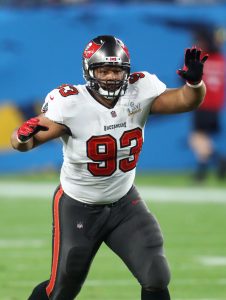 The Buccaneers signed Suh in 2019 in an effort to replace the production lost with Gerald McCoy‘s departure. Suh failed to produce numbers typical of his career in that first season in Tampa, posting a career low in sacks, but demonstrated his usual aptitude for playmaking, scoring two touchdowns on fumble recoveries, recording 7.0 tackles for loss, and hitting the quarterback 14 times. Suh returned to form the following two years recording 6.0 sacks in each season. Despite signing with the Buccaneers at 32-years-old, Suh has maintained a high level of play. In his three seasons with the team, he’s recorded 14.5 sacks, 23.0 tackles for loss, 46 quarterback hits, and 5 fumble recoveries.

Last month, after trading back to allow Jacksonville a second first-round pick, the Buccaneers used their first pick of the Draft to add the Houston defensive lineman, Hall, 33rd overall. Hall displays some of the same versatility that makes Suh so valuable, but at 13 years younger and on a rookie deal that should be much cheaper than bringing back the now 35-year-old Suh.

Buccaneers general manager Jason Licht hasn’t shut the door on re-signing Suh, making a comment that seemed to insinuate he may be an option in case an injury hurts the team’s depth at the position. Suh would certainly be an effective injury replacement as he hasn’t missed a start in his entire 12-year career. He’s only missed two games since getting drafted and those missed games were the result of suspension.

Still, barring an injury to the line, signing Suh wouldn’t make much sense for Tampa Bay after using such a high pick on Hall. It would add unnecessary cost to the position group and Suh’s playing time would cut into the early playing opportunities for Hall.

Before the news of Bruce Arians stepping away from the sidelines, much of the Buccaneers’ core had already committed to remaining in Tampa Bay. Defensive tackle Ndamukong Suh is one of a few big-name players who has yet to re-sign, but a tweet he sent out this morning indicates that he is still willing to do so.

“Congrats to Todd Bowles on becoming head coach of a great team that still feels one man light on talent”, Suh said. The 35-year-old has spent the past three seasons in Tampa Bay, playing on one-year contracts each time. In that stretch, he has demonstrated his continued effectiveness, totalling 112 tackles and 14.5 sacks; he also won his only Super Bowl with the team in the 2020 season.

Suh has been amenable to another deal with the Buccaneers, so his tweet doesn’t come as a surprise. The team already has Vita Vea under contract after his sizeable extension was signed, and brought back William Gholston as well. Nevertheless, the 2010s All-Decade member could be retained on, presumably, another one-year pact.

Suh averaged just over $9MM per season over the course of his tenure with Tampa Bay. The Buccaneers likely wouldn’t be able to afford him at that level of compensation on a fourth deal, but they should have room to re-sign him at a lower rate if there is sufficient desire from both sides. With the coordinator of a unit which raked fifth in scoring defense last season now the head coach, Suh could be in line for a return to Tampa sooner rather than later.

Prior to the Browns coming in with their stunning offer, Deshaun Watson was speaking with veteran free agents about teaming up with the Falcons. Watson spoke with Leonard Fournette and Jarvis Landry about playing with him in Atlanta, Jeremy Fowler of ESPN.com notes (ESPN+ link). By the evening of March 17, the Falcons believed they had won the Watson sweepstakes, Fowler adds, and the quarterback was attempting to upgrade the team’s pass-catching corps. Cleveland’s fully guaranteed $230MM proposal changed everything, and Landry is now a possibility to return to the Browns. The eight-year veteran wide receiver visited the Falcons previously, but the team’s outlook has changed considerably since. Fournette re-signed with the Bucs this week.

Watson is a Brown, and Matt Ryan is now a Colt, leaving the Falcons with a record dead-money total and a rebuild to orchestrate. “We’re taking it on the chin this year,” Falcons GM Terry Fontenot said of the $40MM Ryan cap hit (via ESPN’s Michael Rothstein, on Twitter), but noted that the outlook will brighten in 2023. Here is the latest from the NFC South:

The Buccaneers are on the verge of re-signing Ndamukong Suh. Once finalized, it’ll be a one-year, $9MM contract for the defensive tackle, according to Tom Pelissero of NFL.com (on Twitter). Through incentives, Suh’s deal could be worth up to $10MM (Twitter link via NFL.com’s Ian Rapoport). 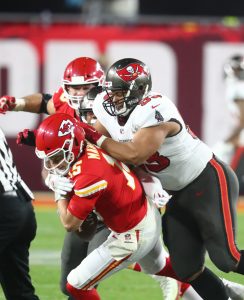 Suh joined Tampa on a similar contract in 2019. They re-upped him in 2020 for a touch less — a one–year, $8MM deal. Suh may be past his prime, but he still managed six sacks in the regular season — his highest total since 2015 — plus 27 total stops. All along, Bucs GM Jason Licht has said that he’s wanted to bring Suh back for a third year in Tampa.

“I think he’s said it, that’d he’d love to come back here,” Licht said in February. “I know that there’s mutual respect for each other, and I’ve told him that we’d like to have him back. We’re just kind of letting the dust settle here for a couple days. We’ve got some time here…We’ll have to see how it all shakes out, but he’s definitely one that we want back.”

Suh, 34, is still among the league’s better interior tackles and the Bucs have managed to keep most of their stars together post-Super Bowl. Their recent re-up of Rakeem Nunez-Roches cast some doubt on the odds of a Suh return, but the Bucs pulled it off to keep their strong run defense in tact.

While it will not register on the level that Shaquil Barrett or Lavonte David‘s re-signings did, the Buccaneers brought another member of their Super Bowl champion roster Thursday. 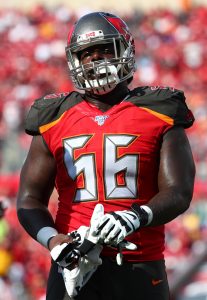 They are re-signing defensive lineman Rakeem Nunez-Roches, with Sirius XM Radio’s Adam Caplan reporting the veteran interior defender will sign for two years and $5MM. Nunez-Roches, who can earn up to $6.5MM on this deal, has been with the Bucs since 2018. The former Chiefs draftee will collect $2.25MM in guarantees on his latest Bucs contract.

Nunez-Roches played a career-high snap rate last season, starting 11 games for the Bucs and playing 45% of Tampa Bay’s defensive snaps. The Bucs relied on Nunez-Roches more after Vita Vea‘s injury. Nunez-Roches does not have notable pass-rushing abilities, having recorded 1.5 sacks in six seasons, and Pro Football Focus graded him as one of the worst D-tackles last season. But the Bucs have now made him a priority under two coaching staffs, and he has been a part of two strong run defenses over the past two seasons.

The team has not yet re-signed Ndamukong Suh, though given its spree of re-ups, that certainly cannot be ruled out. Nevertheless, they have one of their D-line starters back on a low-cost deal. Suh, however, remains a priority to re-sign, according to Rick Stroud of the Tampa Bay Times (on Twitter).

Ndamukong Suh will be free to sign with any team in March. Buccaneers GM Jason Licht hopes that the defensive lineman will stay put.

“I think he’s said it, that’d he’d love to come back here,” Licht said (via Mark Cook of Pewter Report). “I know that there’s mutual respect for each other, and I’ve told him that we’d like to have him back. We’re just kind of letting the dust settle here for a couple days. We’ve got some time here. You never hit utopia, I guess, unless you win the Super Bowl, but a lot of things we want to try to do, I’m hoping we can do. We’ll have to see how it all shakes out, but he’s definitely one that we want back.”

Suh joined Tampa on a one-year, $9.25MM deal in 2019. They re-upped him last year for a touch less — a one–year, $8MM deal. Suh may be past his prime, but he still garnered the interest of teams, including the Cowboys, last time around. Suh responded with six sacks — his highest total since 2015 — and 27 total stops in the regular season.

Of course, the Bucs will have to weigh their affinity for Suh against their all around numbers crunch, Fellow front seven cast members Shaquil Barrett and Lavonte David are also set for free agency, and Barrett wants to break the bank. On the other side of the ball, Rob Gronkowski, Leonard Fournette, Chris Godwin, and Antonio Brown are all slated to hit the open market.

Here are some updates on a number of players’ representation, all reported by Liz Mullen. 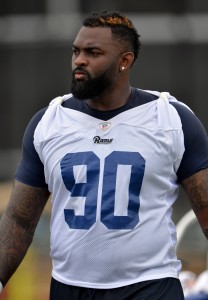