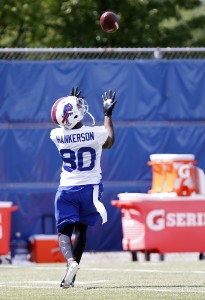 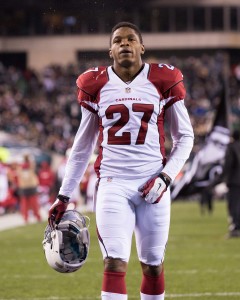 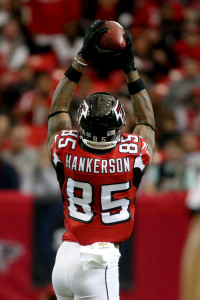 England. Hankerson was active for one game apiece for both teams, but he didn’t catch a pass with either.

Prior to his 2015 stints with the Bills and Patriots, Hankerson appeared in eight games for the Falcons before they waived him on Dec. 15 and compiled 26 catches for 327 yards and three touchdowns. The receiver’s best season came with Washington in 2012, when he hauled in 38 passes for 543 yards and three scores.

If he remains with the Bills, the 2011 third-round pick from Miami could find playing time as part of a receiving corps that’s relatively barren aside from Sammy Watkins and Robert Woods. The Bills lost previous No. 3 wideout Chris Hogan to the Patriots in free agency, and Percy Harvin remains unsigned.

The Bills have claimed former Falcons wide receiver Leonard Hankerson, according to Field Yates of ESPN.com (on Twitter). Hankerson was waived by the Patriots on December 26th, making his stay in New England a short one.

The five-year veteran joined the Patriots recently after being cut from the Falcons injured reserve list. The 26-year-old was active for the team’s victory over the Titans, but he didn’t earn a single target in the contest. In eight games for the Falcons this season, Hankerson compiled 26 catches for 327 yards and three touchdowns. The receiver’s best season came in 2012 with Washington, when he caught 38 passes for 543 yards and three touchdowns.

Hankerson is set to become a free agent at the end of the season. It remains to be seen what the former third-rounder can do for the 7-8 Bills in their season finale against the Jets, but the fact that the Falcons and Pats each cut him without an injury designation suggests that he is mostly healthy.