The NFL news circuit was set ablaze today when news broke of the firings of Panthers head coach Matt Rhule and defensive coordinator Phil Snow. The termination of Rhule was not necessarily a surprise, as he’s been firmly on the hot seat all year and the possibility of firing Rhule had been discussed “well before” today, according to Josina Anderson of CBS Sports, but it did create a newsworthy fallout of information that is of interest to those who follow the sport.

Many have talked about the contract implications of Rhule’s termination, alluding to the millions of dollars still remaining on his contract. While it’s completely applicable to Rhule’s situation, it doesn’t sound like it is a concern to Carolina. Ian Rapoport of NFL Network tweeted out that “Carolina is on the hook for this season, but the salaries for the ensuing seasons are offset by what his future college job pays him.” Essentially, Rhule will absolutely get his guaranteed money, but the onus won’t be on Carolina to pay it. Whenever Rhule, who is presumed to be a top college coaching candidate for next year, gets another job, his salary from the new school will offset the amount the Panthers owe him.

It was also announced that Panthers defensive passing game coordinator & secondary coach Steve Wilks will sub in as the interim head coach for the remainder of the season. The defensive-minded former head coach of the Cardinals has apparently already begun to make the team his own. When Panthers owner David Tepper was asked why Snow was fired, he reportedly pointed the finger at Wilks, telling reporters to direct that question to the interim head coach, according to ESPN’s David Newton.

Here are a few more fallout items from today, starting with some ideas on Rhule’s replacement:

The favorite for the Rams’ offensive coordinator job is indeed being hired. Liam Coen is set to return to L.A., according to Sports Illustrated’s Albert Breer (Twitter link). He adds that Greg Olson is also being brought back to the Rams. 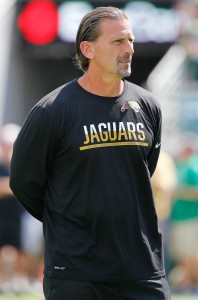 It was reported as recently as last night that Coen was at the top of the list of OC candidates for the Rams. He spent three years with Sean McVay, working first with the team’s wide receivers and then quarterbacks. That marked his first foray into coaching at the NFL level, following eight seasons in the college ranks.

Coen then returned to the NCAA last year, working as the OC at Kentucky. The 36-year-old received multiple offers to leave that post, but, before this instance, turned them down. The Wildcats were reportedly prepared to lose him last week, though, which signalled that a return to L.A. was likely. He will represent a familiar face on a coaching staff that has undergone significant changes this offseason.

The same can be said for Olson, who, unlike Coen, has a plethora of NFL experience. He has been an OC on six different occasions, including the 2006 and 2007 seasons with the then-St. Louis Rams. Most recently, the 58-year-old had been leading the offense of the Raiders during his second stint with the team. That began after his one-year gig with the Rams during McVay’s first year in charge, where he held the familiar title of quarterbacks coach.

Lastly, Breer reports that Thomas Brown is being given “more responsibility within the offense and team”. Brown, 35, spent 2020 as the team’s running backs coach. Last year, he had the title of assistant head coach added. Again, retaining him – and expanding his role, at that – will be critical to maintaining stability on the offensive staff.

These changes will play a large role in determining if the Super Bowl champions can repeat their top-ten output in terms of points (27) and yards (387) per game in 2021. If they can, they will be in contention to win back-to-back titles.

While the Rams have lost Kevin O’Connell and Wes Phillips to Minnesota, it appears they won’t see their entire offensive staff dismantled. According to Ian Rapoport of NFL Network, assistant quarterbacks coach Zac Robinson is expected to stay with the team with a bit of a promotion in title.

The Rams still have an offensive coordinator position up for grabs. Currently, the favorite to land the job is University of Kentucky offensive coordinator Liam Coen. Coen worked on the Rams’ offensive staff for three years before spending last year in Lexington. He’s turned down multiple job offers recently to remain at Kentucky, but the opportunity to rejoin Sean McVay in Los Angeles may be too good to pass up.

Here are a few more coaching notes from the NFL starting with another note from the Super Bowl LVI champions:

Rams HC Sean McVay and Bengals HC Zac Taylor, who will be squaring off in Super Bowl LVI tonight, will be in line for contract extensions this offseason, per Adam Schefter of ESPN.com (via Twitter). 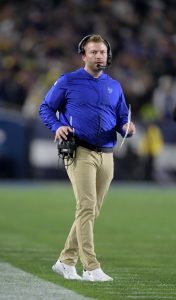 We had already heard that Cincinnati was planning a new deal for Taylor, who has only one year left on his contract. Schefter does, however, remind us that Taylor — the former McVay disciple — is presently the lowest-paid head coach in the NFL, with a $3.75MM annual salary (Twitter link). Obviously, that will change soon.

McVay, meanwhile, was recently the subject of some idle speculation that he was contemplating leaving the coaching ranks, but he has put those rumors to bed. He is under contract through 2023 as a result of the extension he signed in 2019, a deal that elevated him from one of the league’s lowest-paid head coaches to a salary that, per Joe Rivera of the Sporting News, is believed to be in the $8.5MM ballpark. Another extension might mean an eight-figure annual income for McVay.

The 36-year-old head coach has compiled a 55-26 regular season record, three NFC West titles, and two NFC championships during his five-year run. The success that he and his clubs have enjoyed have made other teams anxious to poach his staffers, and that has happened again in 2022, with OC Kevin O’Connell set to become head coach of the Vikings and secondary coach/passing game coordinator Ejiro Evero heading to Denver to become the Broncos’ defensive coordinator.

As Schefter reports in a full-length piece, O’Connell is likely to bring Rams tight ends coach/passing game coordinator Wes Phillips with him to Minnesota to serve as the Vikes’ offensive coordinator or passing game coordinator. Schefter names Kentucky OC Liam Coen — a Rams staffer from 2018-20 — as a “prime candidate” to replace O’Connell, though RB coach Thomas Brown could also garner consideration for the soon-to-be-vacant OC job. Yet another candidate is Greg Olson, who spent the last four seasons as the Raiders’ OC but who was the Rams’ QB coach in 2017, McVay’s first season as HC.

Whether it’s to become Los Angeles’ new OC or to reprise his role as QB coach, Olson is expected to rejoin McVay’s staff in 2022.