The Buccaneers have officially added two more popular names to their coaching staff. James Palmer of NFL Network reports (via Twitter) that the team has signed Thaddeus Lewis as assistant wide receivers coach and A.Q. Shipley as an offensive assistant. 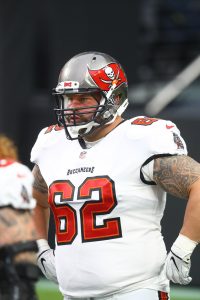 Lewis was kind of, sort of on the Buccaneers coaching staff in 2020; he served as as “assistant to the offense” via the Bill Walsh Coaching Fellow program. According to the team website, he’d spend time catching for the quarterbacks, and he’d work with the receivers on reacting to the QBs’ cues. He’ll now have an official role in Tampa Bay, filling the gig that was previously held by Antwaan Randle El.

Following a successful collegiate career at Duke, Lewis put together a seven-year NFL career as a quarterback. He only saw time in seven games (six starts), throwing for 1,296 yards and five touchdowns. Following his playing career, Lewis worked under Chip Kelly at UCLA during the 2018 and 2019 seasons.

Shipley managed to stick around the NFL for a decade despite being a seventh-round pick. The offensive lineman was a favorite of Bruce Arians, having played with the coach in Pittsburgh, Indianapolis, and Arizona. So, it wasn’t a huge surprise when Shipley joined the Buccaneers last offseason, but a spinal cord injury ultimately finished his career in November.

Shipley stuck around the organization as an unofficial coach for the remainder of the 2020 campaign, and he’ll now have an official role heading into 2021.

The Ravens announced that they have signed free agent quarterback Thaddeus Lewis. To make room, fellow QB Dustin Vaughan has been shown the door.

Vaughan was hoping to make the cut as a third-string quarterback behind starter Joe Flacco and primary backup Ryan Mallett. But, given Flacco’s back injury and Mallett’s struggles in practice, the Ravens are taking an especially look at their reserves. Vaughan apparently didn’t do enough to practice to assert his spot, prompting the team to look elsewhere.

Lewis, 32, signed a one-year deal with the 49ers last year, but a torn ACL ended his season before it could begin. The good news is that Lewis was medically cleared in May and he was able to hit the workout circuit starting in late July. An audition for the Rams did not yield a deal, but the Ravens apparently believe that he is 100% healthy and ready to contribute. It seems likely that the Ravens will allow Lewis to compete with Mallett for the QB2 role, though it could be challenging for him with only a few weeks to go before the start of the season.

The signing of Lewis may not sit well with those around football who were hoping the Ravens would sign Colin Kaepernick. Kaepernick is coming off of a decent season in which he spearheaded a less-than-decent offense. Lewis, meanwhile, hasn’t seen the field since 2013.

Free agent quarterback Thad Lewis has been medically cleared as he recovers from a torn ACL suffered last August, tweets Ian Rapoport of NFL.com, who suggests Lewis will generate interest on the open market.

Lewis, 32, signed a one-year deal to serve as a backup for the 49ers last year, but went down before he ever took the field during a regular season contest. A career reserve, Lewis has spent time with seven different NFL clubs since entering the league in 2010. He hasn’t seen action since the 2013 campaign, which was Lewis’ most productive season to date. That year, Lewis started five games for the Bills and completed 59.2% of his passes for 1,092 yards, four touchdowns, and three interceptions.

49ers quarterback Thaddeus Lewis suffered a torn ACL and is out for the season, according to Ian Rapoport of NFL.com (on Twitter).

Lewis was forced to exit from the Niners’ preseason opener on Sunday night with a leg injury, but the severity of the issue was not immediately apparent. Before his night ended prematurely, Lewis completed 12-of-21 passes for 97 yards against the Texans.

In March, Lewis inked a one-year, $760K minimum salary benefit deal with SF. Although the deal included $25K in playing-time incentives and a $428K split salary, it doesn’t appear that the pact called for much in the way of guarantees.

Lewis, 28, was on the Eagles’ roster when Chip Kelly was their head coach last season and the two reunited in San Francisco this spring. Lewis has appeared in seven NFL games, though none since 2014, making six starts with five touchdowns against four interceptions.

With Lewis out of the equation, the Niners are left with Blaine Gabbert, Colin Kaepernick, and Jeff Driskel at quarterback.

Not every move on free agency’s first day is a big splash. Here are today’s minor transactions from around the NFL: