Joe Lombardi was handed his walking papers earlier this week, and the Chargers are eyeing an assistant QBs coach to fill the offensive coordinator vacancy. According to CBS Sports’ Jonathan Jones (on Twitter), the Chargers have requested permission to interview Vikings coach Jerrod Johnson for their OC job.

The former NFL journeyman got into coaching via a Bill Walsh Diversity coaching fellowship with the 49ers in 2017. He later spent three seasons with the Colts before earning the role of assistant quarterbacks coach with the Vikings in 2022.

Along with new head QBs coach Chris O’Hara, Johnson helped guide Kirk Cousins to one of his most successful NFL seasons. Cousins’ 4,547 passing yards were his most during his time with the Vikings, and while his touchdowns (29) were down and his interceptions (14) were up, the QB still played a major role in Minnesota’s 13-4 record.

This isn’t the Chargers’ first attempt to snag a Vikings offensive coach for the vacancy. The organization requested an interview with Vikings OC Wes Phillips, but the coach ultimately rejected the opportunity. Otherwise, Rams passing game coordinator and quarterbacks coach Zac Robinson is a candidate for the position, and ESPN’s Chris Mortensen recently opined that Frank Reich would be a good fit for the job. 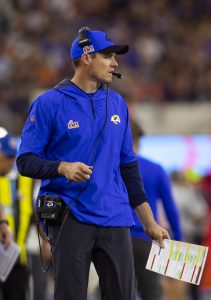 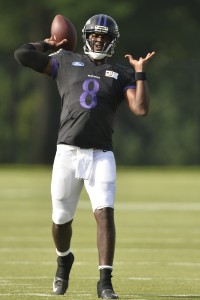 The Bears have signed former Rutgers defensive lineman Jamil Merrell who was in on a tryout during minicamp, tweets Brad Biggs of the Chicago Tribune. The Bears will also sign Wisconsin linebacker Conor O’Neill to a contract, Biggs tweets. To make room for the duo, the Bears released defensive lineman Israel Idonije and quarterback Jerrod Johnson (link).

The release of Idonije, 33, is probably the most notable of all the moves. The 6’7″ defensive tackle has spent nine of his ten career seasons playing for the Bears, save for a one-year tour with the Lions last season. Idonije has 149 games of NFL experience to his credit, including 50 starts for Chicago. His best season came in 2010 when he lined up at left defensive end for the Bears and racked up eight sacks and 33 tackles.

Johnson, 25, was fighting for a spot on the depth chart to backup starter Jay Cutler. His odds got a little bit tougher, however, when the club signed Jimmy Clausen earlier this month.

When Josh McCown signed a two-year, $10MM deal with the Buccaneers in March, the position of Bears backup quarterback swung wide open. And when the team added San Jose State’s David Fales with a sixth-round pick two months later, the competition got that much juicier.

Three men are competing for the No. 2 spot on the QB depth chart: Jordan Palmer (brother of Carson), Jerrod Johnson and the aforementioned Fales. Palmer is the leader in the clubhouse, according to Dan Wiederer of the Chicago Tribune, a spot he’s earned with experience. A sixth-round pick in 2007, 2014 will mark his eighth season of professional football.

Johnson spent 18 days on the practice squad in September, Wiederer notes, and has yet to throw a pass in the NFL after entering the league in 2011 as an undrafted free agent from Texas A&M.

Whoever wins the spot has big shoes to fill — McCown shined bright last season filling in for an injured Jay Cutler, leading the league in fewest interceptions per throw and winning three of five starts. The biggest reason for his success, per quarterbacks coach Matt Cavanaugh, was the relationship he shared with Cutler.

“Josh was a great example of a guy where, although he knew he was going to be backing up Jay, he truly approached every day like he was going to be getting all the reps,” Cavanaugh said. “He worked very hard. And not only that, he was selfless enough to know that although I’m competing, I want to be able to help Jay too.

“Those guys had a unique relationship that Jay really counted on. Josh was his sounding board a lot. Sometimes when coaches speak to you, it’s coach-speak. You want to hear one of your buddies say, ‘Hey, they’re right.’ Or, ‘Let’s talk it through and then we’ll approach them about it.’ So there’s a role to be played there.”