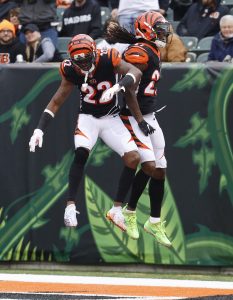 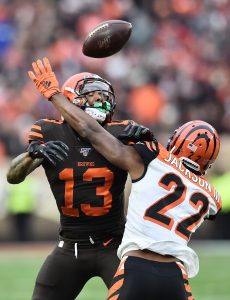 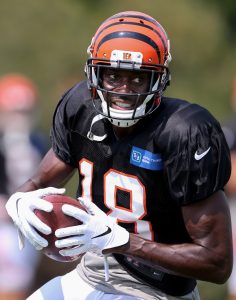 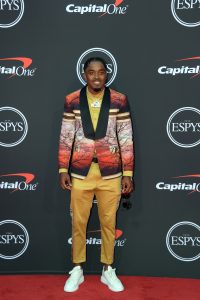 Bengals cornerback William Jackson will finish the year on the injured reserve list. The team is expected to shut Jackson down this week so that he can start rehabbing his injured shoulder, as Geoff Hobson of the team website tweets.

Jackson, 27, has recorded 37 stops and one interception in 14 games (13 starts) this season. Unfortunately, the shoulder injury that forced him out of the Bengals’ narrow loss to the Dolphins last week will also keep him from playing in the season finale against the Browns.

Jackson kept a lid on Odell Beckham Jr. in the team’s Week 14 matchup against Cleveland, but the Bengals will have to find coverage help elsewhere as they aim for their second win of 2019. Whether they win or lose, the Bengals will own the No. 1 pick in the 2020 draft, so they have that to look forward to, at least.

Jackson, the No. 24 overall pick in the 2016 draft, is set to play out 2020 on his fifth-year option, which will carry a $9.594MM cap number. His salary is guaranteed for injury, so he’ll be secure regardless of what happens from here. 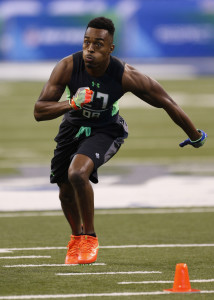 The Bengals have exercised their fifth-year option on cornerback William Jackson, according to a team announcement. The additional year keeps him under control through 2020, though it is guaranteed for injury only.

Chosen with the No. 24 overall pick in 2016, Jackson missed his entire rookie year due to injury. In his re-do year, he mostly served as a backup. However, he started in all 16 of the Bengals’ games last year and tallied 41 tackles. For his work, Pro Football Focus ranked him as the 26th best cornerback in the entire NFL, despite the fact that he did not record a single interception.

Jackson is just the latest 2016 first-round pick to have his fifth-year option exercised. To keep track of every decision, check out PFR’s running list, which will be updated between now and the May 3 deadline.

The Bengals announced that they have designated running back Cedric Peerman to return. Teams only get one IR-DTR move per season, so today’s news means that we will not see rookie cornerback William Jackson III take the field this season.

So far this year, the Bengals’ secondary has been lackluster, leading some to believe that Jackson would get the nod. However, the team is also hurting in the third facet of the game. Peerman is a special teams stalwart for Cincinnati and the Bengals decided that they would benefit more from having him on the field than the young Houston product.

When Rams quarterback Jared Goff made his debut earlier this month, Jackson was the only 2016 first-round pick who was still waiting to take the field. Now, he has solidified the unfortunate distinction. Jackson will turn his focus to 2017 when he hopes to propel the Bengals’ defense with his exceptional speed.

At 3-6-1, the Bengals are not likely to make the playoffs, but they also haven’t been mathematically eliminated. After losing Giovani Bernard for the season and losing A.J. Green for multiple games, the Bengals are sending a message today that they are not giving up on 2016.