The busy week along the Bengals’ offensive line continues. The team announced today that they are releasing center Trey Hopkins. 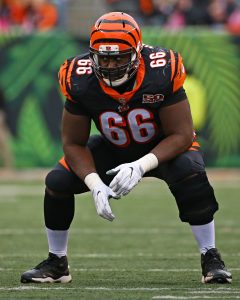 The 29-year-old has been with the Bengals since joining the team as a UDFA in 2016. He occupied the starting center position since the midway point of the 2018 season. He provided consistent, if unspectacular play during that stretch.

Hopkins’ best PFF grade came last campaign, registering a mark of 63.8. Overall, he will best be known as a member of the unit which was seen as the weak point of Cincinnati’s roster. Quarterback Joe Burrow was sacked a league-leading 51 times in 2021, after being taken down 32 times in an injury-shortened season the year before. Hopkins himself was responsible for five of those, per PFF.

The Texas alum will be replaced in the middle of the line by recent signee Ted Karras. The other main addition along the offensive front was that of guard Alex Cappa, who established himself in Tampa Bay as one of the best young talents at the position. The investment Cincinnati has made in those two demonstrates how much of a priority upgrading the o-line is for them.

Hopkins, meanwhile, will join a free agent market which no longer includes either Ryan Jensen and Bradley Bozeman. Alongside J.C. Tretter – who recently suffered the same fate as Hopkins – he will now search for a new home after six years in the AFC North.

Trey Hopkins is sticking around Cincy for the foreseeable future. NFL.com’s Ian Rapoport reports (via Twitter) that the Bengals have signed the center to a three-year extension. The three-year pact is worth $20.4MM, and Hopkins will receive a $4.5MM guaranteed roster bonus.

The 2014 undrafted free agent out of Texas struggled to see the field during his first few years in the NFL. He spent his rookie campaign on the injured reserve with a leg injury, and he spent the majority of the 2015 and 2016 seasons on the Bengals’ practice squad.

Hopkins finally got a chance to contribute in 2017, as he started 12 of his 13 games at right guard (he also missed four games due to a knee injury). He started nine games at various positions in 2018, including center and both guard spots. He received a second-round restricted free agent tender from the Bengals this past offseason.

This year, Hopkins has settled into the starting center role, starting all 15 games for the Bengals. The 27-year-old will presumably have the same role in 2020, with ESPN’s Ben Baby opining (on Twitter) that former first-rounder Billy Price will play offensive guard moving forward.

“I didn’t think I would ever be in this situation,” Hopkins told Geoff Hobson of the team’s website. “I started as an undrafted free agent just making sure I at least made the team. It’s nice having a little bit of security.

“It’s nice to be wanted. I’m in a place where I’m comfortable. I feel like I’m valued. I think I can contribute and help the team.”

Hopkins was one of 15 NFL restricted free agents to be tender at the second-round level, and he’s the fourth — following Steelers guard B.J. Finney, Broncos defensive tackle Shelby Harris, and Raiders cornerback Daryl Worley — to officially sign his tender. There was no rush for Hopkins to ink his tender, as RFAs have until April 19 to work out offer sheets with other clubs. However, it was always unlikely that any NFL team would have been willing to sacrifice a second-round pick in order to land Hopkins.

Hopkins joined the Bengals as an undrafted free agent in 2014, but didn’t see regular action until the 2017 campaign. That year, Hopkins started 12 games at right guard that ranked among the NFL’s bottom-12 teams in both run- and pass-blocking, per Football Outsiders. He initially lost his starting job at the outset of the 2018 season, but eventually played nearly 60% of Cincinnati’s offensive snaps while seeing action all along the interior offensive line.

Although he earned a better grade from Pro Football Focus than rookie first-round center Billy Price, Hopkins isn’t expected to take over at the pivot in 2019. In fact, with Clint Boling installed at left guard and free agent addition John Miller taking over on the right side, Hopkins won’t have a starting role at all. Instead, he’ll serve as a valuable depth on a front five that will be tasked with protecting Andy Dalton and clearing lanes for Joe Mixon next season.

A.J. Green‘s season is officially over. Jim Owczarski of the Cincinnati Enquirer reports (via Twitter) that the star wideout has been placed on the injured reserve. The team has promoted offensive lineman Trey Hopkins from the practice squad to take Green’s roster spot. 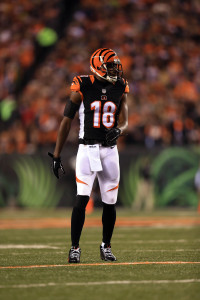 It appeared that Green was going to make his return from a hamstring injury last weekend, but the organization abruptly announced that the wideout would miss the contest. This caused a bit of drama in the locker room, as Green and his teammates were preparing for the receiver to take the field for the first time since mid-November. Reports indicated that ownership made the decision to keep Green out of the game in an attempt to prevent any further injury.

Despite the fact that the “rug got pulled out from under” the squad, Green denied reports that he was unhappy with the organization. Still, the wideout wasn’t spotted at the Bengals facility this week. ESPN.com’s Bob Holtzman reported that it’s “rare” for an injured player to be absent for so long.

Green finished the 2016 season with 66 receptions for 964 yards and four touchdowns. It was the first time in the 28-year-old’s six-year career that he didn’t finish with at least 1,000 receiving yards. Despite the career-low numbers, Green was still selected as a Pro Bowler for the sixth time.

Hopkins joined the Bengals as an undrafted free agent out of Texas in 2014. The 24-year-old offensive guard was active for the Bengals Week 1 matchup against the Jets, but he didn’t end up taking the field. Hopkins could make his NFL debut this weekend.

The Bengals have claimed rookie defensive back KeiVarae Russell, according to Rand Getlin (on Twitter). The Chiefs surprised everyone in the football world when they released the third-round rookie earlier this week. To make room, the Bengals cut guard Trey Hopkins. 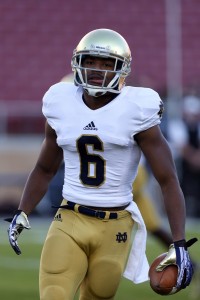 Getlin reported yesterday that it was a “special teams numbers game” that led to Russell’s release. It’s fair to say that there is some agent-driven spin involved in that take. While there may be some truth to that, it’s extremely rare to see a third-round pick released in September. Any way you slice it, the selection of Russell was a failure by the Kansas City front office.

Russell racked up 60 tackles, two interceptions, two forced fumbles, and six pass deflections in his final season at Notre Dame. The cornerback ran a 4.43 second 40-yard-dash at his Pro Day, helping to solidify his draft stock in the spring.