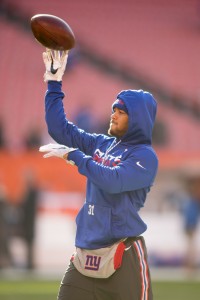 As expected, Brennan Scarlett will be rejoining the Texans this weekend. Mark Berman of Fox 26 in Houston reports (via Twitter) that the organization has activated the rookie linebacker from the injured reserve. To make room on the roster, the team has waived cornerback Al-Hajj Shabazz. We learned earlier this week that Scarlett had been designated as the club’s injured reserve/return player. 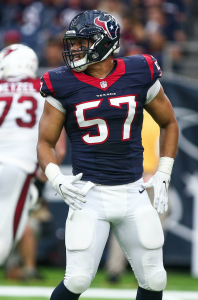 The undrafted rookie out of Stanford was a revelation through the preseason and the first month of the season. In five games, the linebacker only compiled five tackles, but coaches noted the 23-year-old’s “size and aggressiveness.” Furthermore, as our own Dallas Robinson pointed out, Scarlett was widely regarded as one of the team’s best pass rushers throughout the preseason. In total, Scarlett played 29 defensive snaps and 63 special teams snaps before being sidelined with a hamstring injury.

Scarlett’s activation is especially impressive considering the other names sitting on the Texans injured reserve. As Dallas pointed out, J.J. Watt, Braxton Miller, Jaelen Strong, Derek Newton, Kevin Johnson, Nick Martin, and Devon Still are all out for the season, and Scarlett’s activation means these players will remain on the injured reserve. While the linebacker was presumably activated because he was the healthiest of the bunch, it’s still impressive for an undrafted rookie to be so highly regarded by an organization.

Shabazz has bounced around the league since going undrafted out of West Chester in 2015. The cornerback spent the 2015 season with the Colts and Buccaneers, and he spent the majority of this season with the Steelers. The 24-year-old was cut by the organization in early December, and he was picked up by the Texans only days later. Shabazz ultimately played in one game with the Texans.

The Texans have waived cornerback Charles James, as John McClain of the Houston Chronicle tweets. To take his spot, the Texans have claimed cornerback Al-Hajj Shabazz off waivers from the Steelers. Moments ago, James took to Instagram to bid farewell to Houston (sic): 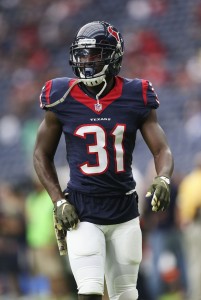 “My time in Houston is up I gave y’all everything I had. All I have is good memories about this place. I’m truly sorry I couldn’t be better in the most precious moments but I’m only human and life happens I’ve learned to take the Good with the Bad the Ups with the Downs. God is the center and head of my life so I got trust in the man upstairs that my life will pan out the way it should. To the people who know my story, my journey, my testimony you’ll know it’s just a detour in the road. Imma miss y’all boys in the locker room especially my boys in the DB room we had special times man. Later for now H town.”

On Sunday, James slipped in the snow and gave up a long touchdown pass to Jordy Nelson. Slipping in the snow is forgivable, to many, but the Texans apparently did not see it that way. James, 26, first gained some fans when he was featured on Hard Knocks while with the Ravens. He did not make the active roster in Baltimore, but he saw some in-game action when he joined the Texans last season.

Shabazz, an undrafted rookie out of West Chester in 2015, bounced between the Steelers’ active roster and practice squad this season. Over the weekend, he was dropped by Pittsburgh. In five career games, the cornerback has collected one tackle.

Steelers kicker Chris Boswell was listed as questionable on the team’s latest injury report, so the team has signed another kicker as insurance. Ed Bouchette of the Pittsburgh Post-Gazette reports (via Twitter) that the Steelers have signed veteran kicker Randy Bullock. To make room on the roster, the team has released cornerback Al-Hajj Shabazz (via Bouchette). 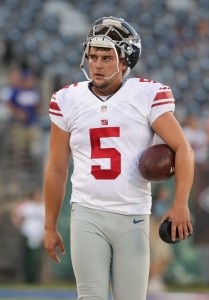 Bullock, 26, was the Giants’ kicker during their season opener as Josh Brown served his one-game suspension. The former fifth-rounder made two of his three extra point attempts, and he was subsequently waived by the team in mid-September. Since then, Bullock has gotten auditions with both the Bengals and Vikings. In three-plus seasons in the NFL, Bullock has connected on 80.6-percent of his field goal attempts and nearly 96-percent of his extra point attempts. Bullock has also been productive on kickoffs, averaging 65.9-yards per kick during his career.

Shabazz, an undrafted rookie out of West Chester in 2015, has bounced between the Steelers’ active roster and practice squad this season. In five career games, the cornerback has collected one tackle. 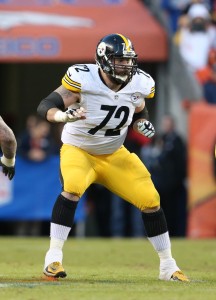 The Steelers have promoted WR Cobi Hamilton from their practice squad, according to Ed Bouchette of the Pittsburgh Post-Gazette (via Twitter). To make room for Hamilton, Pittsburgh has cut CB Al-Hajj Shabazz. 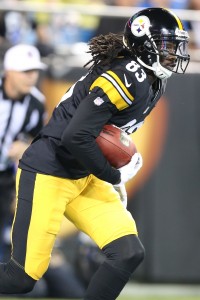 Prior to promoting Hamilton, the Steelers had only three healthy receivers: Antonio Brown, Darrius Heyward-Bey, and Eli Rogers (who himself missed the last two games with turf toe). Markus Wheaton has already been ruled out of today’s game against Miami with a shoulder injury, and as Bouchette tweets, Sammie Coates is dealing with a broken left index finger in addition to a laceration above his left palm. Sources have told ESPN’s Adam Schefter that Coates will be a game-time decision today, and even if he is active, one has to wonder how effective he will be.

Hamilton, whom the Bengals selected in the sixth round of the 2013 draft, has only appeared in one game in his NFL career (in 2014 with Cincinnati). He has also been with the Panthers, Dolphins, and Eagles. Pittsburgh signed him in August of this year, and he was part of the club’s final roster cuts before joining the practice squad on September 4.

Shabazz, a rookie from D-II West Chester, also joined the Steelers’ practice squad on September 4. He had his shot on the active roster last week, when he played six snaps on defense and 12 on special teams. Per Joe Rutter of the Pittsburgh Tribune-Review, the Steelers will try to re-sign Shabazz to the practice squad next week if he clears waivers.