Late Sunday night, the Cardinals added a cornerback to the mix. Tramon Williams has been signed to a one-year deal, per a club announcement. Williams joins the team just hours after cornerback Ronald Zamort suffered a season-ending ACL tear. 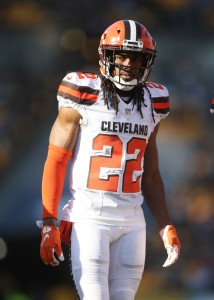 Interestingly, Zamort was practicing with the first team last week as Justin Bethel recovered from a minor knee injury, so it seems like the relatively unknown second-year player from Western Michigan leapfrogged Brandon Williams on the depth chart. With that in mind, Bethel and Tramon Williams may be the frontrunners for the right to start opposite of Patrick Peterson.

T. Williams, 34, spent the first nine years of his career with the Packers before joining the Browns last season. He has been remarkably durable over his ten NFL seasons, missing only five games in total. The traditional stats, the advanced stats, and the naked eye test all indicate that he’s not as sharp as he was in his prime with Green Bay, but he could still be a difference maker for a Cardinals team in need of cornerback depth.

The Cardinals also met with cornerback Brandon Flowers in July, but they might not have room for him after adding Williams.