Sam Sloman‘s time as the Rams’ kicker has come to an end after seven games. Los Angeles is cutting the rookie, the team announced Tuesday.

The Rams signed veteran Kai Forbath last week after Sloman struggled out of the gates, but the rookie got one more shot to prove himself on Monday Night Football last night. Low kicks have been an issue for him all season as he’s gotten several blocked, and a blocked 48-yarder against the Bears likely sealed his fate.

The Rams drafted Sloman in the seventh-round this past April to replace Greg Zuerlein, who had been their kicker for the previous eight seasons before signing with Dallas this offseason. The Miami of Ohio product will finish his first NFL stint having gone 8/11 on field goals with a long of only 42 while missing three of his 21 extra point attempts.

The kicking game has been an issue all season long, and the Rams probably wish they had Zuerlein back right about now. Forbath has plenty of experience and looked pretty good with the Cowboys down the stretch last season, so hopefully he’ll provide some more stability at the position.

The Patriots took an ugly loss Sunday as they got demolished 33-6 by the visiting 49ers. Things got so bad that Jarrett Stidham came in and replaced Cam Newton somewhat early in the fourth quarter and played the rest of the game. Newton had just 98 yards and three interceptions before exiting, but he isn’t in any danger of losing his starting job at the moment. Head coach Bill Belichick said after the game that Newton was “absolutely” still his starter.

He added that he just wanted to get the youngster Stidham some more game experience by throwing him out there in a contest that was already decided. Newton now has five interceptions and no passing touchdowns over his past two games since returning from catching COVID-19. It’s unclear whether the virus messed with his conditioning or if anything else is ailing him, but his play has dropped off dramatically from his hot start as a member of the Patriots. Whatever the case, it doesn’t sound like Belichick is planning on making a switch under center anytime soon.

In the corresponding roster move the team placed outside linebacker Ogbonnia Okoronkwo on injured reserve, meaning Sloman is still on the roster for now. The Rams will have Forbath compete with Sloman, Mike Garafolo of NFL Network tweets, so it doesn’t sound like he’s going anywhere at the moment. With the Rams contending in the NFC, they clearly felt like they couldn’t wait on a rookie’s development. Forbath, who has extensive experience, was also on the Panthers’ practice squad earlier this year.

The 33-year-old spent the last few games of 2019 as the Cowboys’ kicker, making all ten of his field goal attempts and all ten of his extra points. His last full-time gig was in 2017 when he was the Vikings’ kicker for all 16 games. Before that he had stints with the Saints and Washington. He doesn’t have the strongest leg, but for the most part he’s pretty accurate and dependable. Rams coach Sean McVay was with him in Washington for a few seasons, so there’s familiarity here.

The Rams, of course, let Greg Zuerlein walk in free agency this past offseason after having him as their kicker for the past eight years. Okoronkwo is a 2018 fifth-round pick from Oklahoma who had been playing a real role on defense this season. Through five games he had been playing around 30 percent of the defensive snaps, picking up one sack. McVay said he expects Okoronkwo to miss 4-6 weeks. 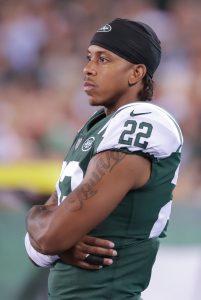 Johnson, 30, has made 77 NFL starts. At one point in time, he was regarded as one of the league’s better starting cornerbacks. But, things changed when he went from the Rams to the Jets. His five-year, $72.5MM deal was a monumental flop, and, ultimately, it proved to be one of the misguided moves that ended Mike Maccagan‘s tenure as the team’s GM.

In his first year with Gang Green, Johnson missed significant time with a quad injury that some Jets staffers believe he could have played through. He did come away with four interceptions in 2018, but that stat doesn’t tell the whole story – Johnson struggled in coverage and looked like a shell of his former self. Things deteriorated even further in 2019 – Johnson appeared in only seven games before landing on IR. He was also benched for performance reasons and, unsurprisingly, they were unable to find any takers for him at the trade deadline.

Now, Johnson has gone from NFL notable, to practice squader, to off the Panthers’ expanded 16-man practice squad. Forbath, meanwhile, will wait for his next opportunity while he backstops Joey Slye.

Trumaine Johnson‘s Panthers visit earlier this week will produce another opportunity for the former Rams and Jets cornerback. The Panthers are adding Johnson to their practice squad, Brian Costello of the New York Post tweets.

Carolina also added kicker Kai Forbath to its practice squad. An eight-year veteran, Forbath worked out for the team earlier this week.

The Jets made Johnson a rather expensive cap casualty in March, doing so after his lucrative 2018 free agent deal backfired. But the 30-year-old corner will attempt to work his way back onto the field with Carolina.

The Panthers, who let James Bradberry walk in free agency, are currently down Eli Apple and did not possess a particularly imposing cornerback crew before Apple’s move to IR.

Teams can stash up to six players with unlimited NFL service time on their practice squads this year — up from two in 2019. They may also promote two players from their P-squads each week without making a corresponding roster move.

Johnson has gone from the Forbes List to agreeing to make $12K per week as a practice squad cog. But he has missed extensive time over the past two seasons due to injury, and his on-field work did not impress with the Jets either. However, the Rams used the former UDFA as a starter for five seasons and twice used their franchise tag to keep him. Johnson graded as a higher-end player in St. Louis and Los Angeles. Considering Carolina’s issues at corner, Johnson has a good chance of returning to game action soon.

Forbath kicked in four games last season — three with Dallas, one with New England — and just three in 2018 (with Jacksonville). But he was the Vikings’ full-time kicker in 2017 and spent three seasons as Washington’s primary kicker earlier in the 2010s. He made 10 of 10 field goal tries and was 10-for-10 on PATs with the Cowboys last season. The Panthers have Joey Slye as their kicker for a second straight season. They released Graham Gano this offseason.