Kevin O’Connell is officially the head coach of the Minnesota Vikings, and he’s now looking to add some key members to his staff. According to NFL Network’s Tom Pelissero (via Twitter), the Vikings will interview Chargers receivers coach Chris Beatty for their offensive coordinator job. The interview will take place today.

Beatty had a long collegiate coaching career, including stints as co-offensive coordinator at Illinois and Maryland. After spending two seasons as Pittsburgh’s wideouts coach, he joined the NFL in 2021 as the Chargers receivers coach. During his first season in the role, the Chargers had a pair of 1,000-yard receivers in Keenan Allen and Mike Williams.

We’ve been hearing various notes about O’Connell’s staff throughout the week. Notably, Dave Canales will remain as the team’s QBs coach, while Brian Angelichio and Curtis Modkins will serve as offensive pass and run game coordinators.

The Jaguars waived veteran safety Marcus Gilchrist, per a club announcement. To take his place, they promoted safety Doug Middleton from the practice squad. 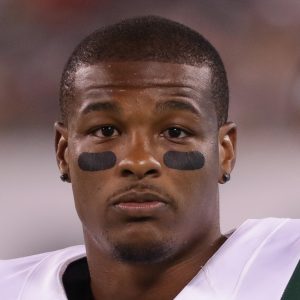 Gilchrist joined the Jags in late November and appeared in each of the team’s last three games. His Jacksonville stint ends with two tackles on 53 defensive snaps and 19 special teams plays. The 31-year-old has started in 98 games as a pro for the Chargers, Jets, Texans, and Raiders.

Middleton, meanwhile, has 12 total NFL games on his resume, including seven last year for the Jets. For his career, he has 28 tackles and four passes defensed.

The Lions are signing Marcus Gilchrist, Dave Birkett of the Detroit Free Press relays on Twitter. The safety started 16 games for the Raiders last season.

Detroit traded away Quandre Diggs earlier this week, which created a need in the secondary. Gilchrist will add depth to a passing defense that ranks 15th, according to Football Outsiders’ DVOA.

Gilchrist was a second-round pick by the Chargers out of Clemson back in 2011. In addition to at-the-time San Diego, the safety has previously played for New York, Oakland, and Houston.