3:27pm: Dupree had an operation to repair a core muscle tear, tweets Ian Rapoport of NFL.com, who adds that Dupree is a candidate to return off IR later this year.

3:08pm: The Steelers announced that they’ve placed linebacker Bud Dupree on injured reserve, meaning he won’t play during the 2016 season. In his stead, the club has signed linebacker Steven Johnson. 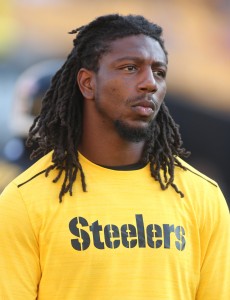 Dupree, 23, was Pittsburgh’s first-round pick in last year’s draft. In his rookie campaign, Dupree played on about half of the club’s defensive snaps, splitting time at outside linebacker with James Harrison, Arthur Moats, and Jarvis Jones. He appeared in all 16 games, starting five, and picked up 17 tackles and four sacks. A groin injury, however, will ensure that Dupree doesn’t see the field again until 2017.

Johnson, meanwhile, was signed by the Steelers over the offseason, but was released this weekend as part of final cutdowns. He’s spent time with the Broncos and Titans in four NFL seasons, appearing in 57 games during that time.