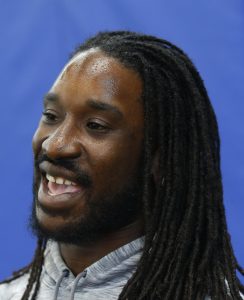 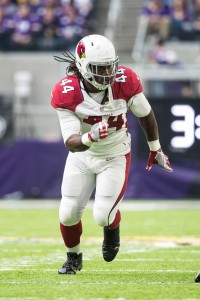 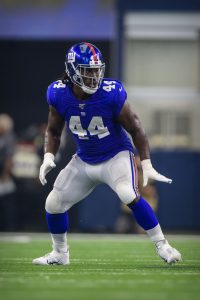 After months of rumors on the free agent edge market, one domino has moved. The deadline for other teams to submit offers to Markus Golden has passed, tethering the sixth-year edge rusher to the Giants for a second season.

However, Golden does not intend to sign the May 5 UFA tender, Jeremy Fowler of ESPN.com tweets. Golden had until Wednesday to sign with another team, with the deadline coming when the first teams reported to training camp. He is now pledged to the Giants on a $4.125MM salary for 2020.

Despite registering 10 sacks in a bounce-back 2019 season, Golden did not receive much interest since the Giants placed the rarely used tender on him. Similar to franchise-tagged Jaguars defensive end Yannick Ngakoue, Golden not signing his tender would allow him to stay away from New York’s training camp without being subject to fines.

The Giants and Golden were not especially close on terms before the team placed the UFA tender on him, and Dave Gettleman stuck to his guns about not spending much on edge rushers this offseason. But in the months since Golden has been attached to the tender, other teams were not believed to be especially interested in the 29-year-old defender. Golden, Jadeveon Clowney, Everson Griffen and Jabaal Sheard represented the top group of remaining UFA edge defenders. The other three are unattached as training camps near.

Golden’s market underwhelming stands as good news for a Giants team that was oddly not aggressive in pursuing edge rushers in free agency or the draft. Despite housing a quality group of defensive linemen, the Giants ranked 31st in pass-defense DVOA in 2019.

The former Cardinals second-round pick signing his tender would garner him less than he made in 2019 — $4.75MM — so it might take some time for him to rejoin the Giants. The Giants can trade the pass rusher but could obviously use him to help out an edge rush that houses multiple mid-round draft picks and longtime Packers backup Kyler Fackrell, a free agency addition. The Giants did not address the position in this year’s draft until Round 7.

While most of the top free agents in this year’s cycle have long since signed with new clubs, there are plenty of potential difference-makers still available. Those players remain on the market for various reasons — price tag, injury concerns, etc. — but they all could be a key factor in the fortunes of whatever team they ultimately join. Let’s take a look at the best of who’s still out there: