The Buccaneers have not lost many free agents this offseason, but they will see one of their depth players depart. The Texans agreed to terms with tight end Antony Auclair on Tuesday night, according to the Houston Chronicle’s Aaron Wilson. 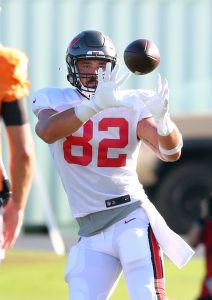 After attending college in Canada, Auclair joined the Bucs as a UDFA in 2017. He topped out at a 30% snap rate for the 2018 Tampa Bay edition. The Bucs mostly utilized the 27-year-old tight end as a blocker. Auclair, whom the Bucs activated at the midseason point last year after he spent several weeks on IR, was inactive for each of the Bucs’ four playoff games.