Kerryon Johnson is back in Philly. Following a brief stint with the organization earlier this season, the running back is rejoining the Eagles’ practice squad, according to Jeff McLane of the Philadelphia Inquirer (on Twitter).

With Miles Sanders sidelined and Jordan Howard banged up, the Eagles were looking for some healthy bodies to pair with Boston Scott and Kenneth Gainwell. So, they turned to Johnson, who spent much of the offseason with the organization. The running back landed on IR before being granted his release, and he managed to later catch on with the 49ers, appearing solely on special teams. 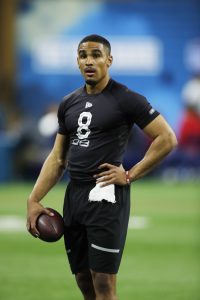