The Lions have placed defensive lineman Joel Heath on injured reserve, per a club announcement. This was the expected move after Heath suffered a torn ACL while working out at the Lions’ facility earlier this week.

Heath, a Michigan State product, went undrafted in 2016 and signed his first deal with the Texans. He went on to appear in 32 games for Houston, including 16 starts. Then, the Broncos claimed him towards the end of 2019 and re-upped him in 2020, but he didn’t see any action in Denver and opted-out of the 2020 season.

Heath hooked on with the Lions earlier this year with the hope that he would crack the defensive line rotation. Unfortunately, he suffered a freak injury midway through a bag drill on Wednesday. Now, he’ll focus on recovery with an eye on 2022.

The Lions’ revamped 3-4 scheme will feature newcomer Michael Brockers plus Day 2 rookie DLs Levi Onwuzurike and Alim McNeill. Meanwhile, Romeo Okwara and Trey Flowers will be shifted to outside linebacker.

Joel Heath opted out of the 2020 season, and the veteran defensive lineman will now be unable to play in 2021. Heath suffered a torn ACL while working out at the Lions’ facility Wednesday, Tom Pelissero of NFL.com tweets.

Heath went down during an individual period at Lions OTAs, which began Monday. The Lions signed Heath in February, shortly after the Broncos released him. He signed a one-year, $990K contract.

The Broncos claimed the former Texans UDFA off waivers late in the 2019 season and re-signed him in 2020. He did not end up seeing any action with Denver, however. Heath, 27, became a Texans starter early in his career, despite his low-level NFL entrance. Over his first two seasons, Heath started 15 games with Houston. He has become a backup in the years since.

As a result of the opt-out and this injury, Heath will face longer odds in a potential bid to make a roster in 2022.

Joel Heath is heading back to Denver. ESPN’s Field Yates reports (via Twitter) that the defensive lineman has re-signed with the Broncos. 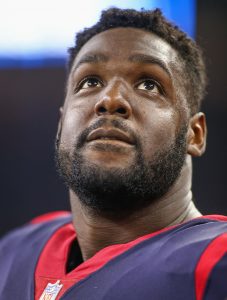 Heath was claimed off waivers by Denver in late December, but he was non-tendered by the organization earlier this offseason. Ultimately, the front office opted to bring back the 26-year-old.

The former undrafted free agent out of Michigan State spent the first three-plus seasons of his career with the Texans, including a 2017 campaign where he started nine of his 13 games. In total, Heath has compiled 34 tackles and three sacks in 32 career games, although he’s been limited to only seven regular season games over the past two years.

The Broncos have been relatively busy revamping their defense line this offseason. They acquired Pro Bowler Jurrell Casey from the Titans, and they brought back restricted free agent Mike Purcell.