Dolphins wide receiver Allen Hurns announced that he will opt out of the 2020 season (Twitter link). Hurns is the first Dolphins player to make the call, but he’s far from the first NFL player to do so. 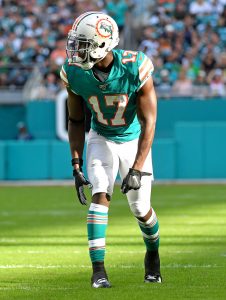 Hurns joined the Dolphins last summer and quickly earned an extension. In November, the Dolphins inked him to a two-year, $8MM deal with $3.27MM in guaranteed cash. Hurns was set to build off of his 32 grabs for 416 yards and two touchdowns, but that’ll have to wait until next year.

The remainder of Hurns’ deal will toll, meaning that he’ll be under club control through the 2022 season. Meanwhile, the Dolphins will move forward with Preston Williams, Isaiah Ford, Jakeem Grant, Gary Jennings, and Mack Hollins vying for time behind DeVante Parker and Albert Wilson.

The decision deadline has been set for Thursday afternoon. Already, roughly 50 NFL players have decided against playing.