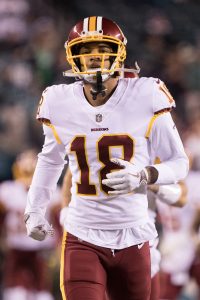 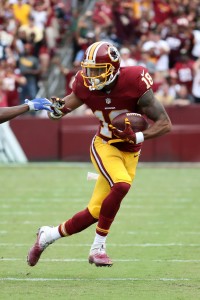 Doctson signed with the Jets in February as a street free agent, doing so after the Vikings cut him during the 2019 season. The former Washington first-rounder’s bounce-back opportunity will have to wait until 2021.

Doctson’s one-year Jets pact will toll to 2021, though it is certainly not a lock he will be in Gang Green’s plans for the ’21 regular season. As a Viking in 2019, Doctson suffered a leg injury in September but was one of Minnesota’s IR-return designations. He did not, however, make any catches for the Vikings.

While Doctson did not deliver on Washington’s investment, he did post multiple 500-plus-yard seasons from 2017-18 and profiled as a somewhat interesting candidate to factor into the Jets’ wideout mix this season. Instead, he will join C.J. Mosley and offensive lineman Leo Koloamatangi in opting out. 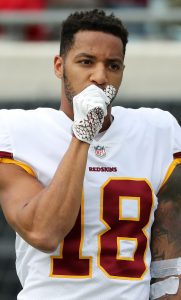 The Vikings have activated wide receiver Josh Doctson, per a club announcement. The former first-round pick could be in line to make his season debut on Sunday with Adam Thielen out for yet another week.

The Vikings signed Doctson towards the end of August, shortly after cutting Laquon Treadwell, who was taken one spot behind him in the 2016 draft. Treadwell has since returned to Minnesota, meaning that the two may actually take the field together.

Doctson’s next game with Minnesota will be his first in purple – at least, his first in Vikings purple. Before joining the Vikings, Doctson started 26 games across the previous two years for the Redskins, but registered just 79 total catches for 1,034 yards and eight touchdowns. Last year, he placed 96th out of 107 qualifying wideouts in yards per route run last season, according to Pro Football Focus.

Those numbers aren’t great, but the potential is still there. His history with quarterback Kirk Cousins may also help.

Besides Doctson, Treadwell, and the injured Thielen, the Vikings also currently have wide receivers Stefon Diggs and Olabisi Johnson in the mix.