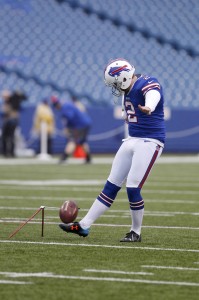 Today’s minor moves from around the NFL…

Here are today’s minor transactions from around the NFL. We’ll make sure to keep this updated as more moves come in…

END_OF_DOCUMENT_TOKEN_TO_BE_REPLACED

Dolphins tight end Jordan Cameron wants a bigger role in the team’s offense, but he won’t demand it either, as Adam H. Beasley of the Miami Herald writes. Cameron came to Miami as a free agent this offseason and signed a two-year, $15MM pact with $5MM fully guaranteed. However, midway through his first season in Miami, he has just 20 catches and 263 receiving yards with 43 total targets. When asked if he’s gone to offensive coordinator Bill Lazor to demand a bigger role, he didn’t offer up a direct answer.

“All I know is, not that I do what I’m told, but in football, you’re asked to do different things and your role may change,” Cameron said. “Some weeks they throw you the ball. Some weeks they don’t. It’s one of those things that you’ve got to be mentally prepared for. It’s a tough adjustment, but I’ve been in the NFL long enough. It’s about being a pro and being professional about the role you’re given.”

Cameron is under contract through 2016 and his cap number jumps from $4.6MM this year to $9.5MM next year. However, the Dolphins would be on the hook for just $2MM of that if they cut him.

Here’s more out of the AFC and NFC East:

Could two notable free agent running backs find an NFL home soon? The Colts auditioned Bryce Brown and the Jets worked out running back Travaris Cadet, according to ESPN.com’s Field Yates (via Twitter).

Brown, 24, has showed flashes of promise in the past, but he was unable to stick with the Bills this year. The Bills traded a 2015 fourth-round pick to the Eagles to acquire Brown before the start of last season and that’s a deal that GM Doug Whaley probably wouldn’t make again. In 2014, Brown ran for a grand total of 126 yards off of 36 carries.

Cadet, 26, was signed by the Pats as a free agent in March of this year. The 6-foot-1, 210-pounder spent the last three seasons with the Saints and saw time in only one Pats game this year before his release in late September.

Here’s a look at today’s workouts..