8:58pm: The Bears signed cornerback Joel Ross to take Boykin’s place on the roster, the team announced (on Twitter). Ross spent time with the Cowboys and Buccaneers in 2015-16 after coming into the league as a UDFA from Appalachian State last year.

8:04pm: Boykin indeed tore a pectoral muscle, Jeremy Fowler of ESPN.com reports (on Twitter). He may have to write 2016 off after his initial free agency foray resulted in an action-packed year for the wrong reasons.

7:58pm: Both Brandon Boykin and the Bears have enjoyed a turbulent summer, and the sides’ patterns continued after B 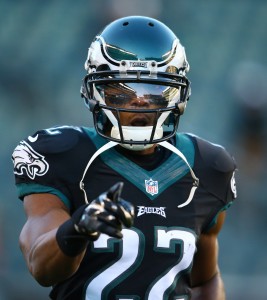 Boykin signed with the Bears just last Wednesday after being connected to many teams — and catching on with the Panthers before being released after the draft — this offseason. But we heard earlier today the well-traveled cornerback was dealing with a problematic pectoral injury that was going to induce Chicago to sign another corner. That problem appeared to be quite troublesome for the Bears, who chose to end Boykin’s chances of playing for them this season.

The 26-year-old corner also visited the Falcons and Cowboys, and was rumored to be dealing with a severe hip injury. But the Bears agreed to sign him, making them Boykin’s fourth employer in the past year. The Eagles traded him to the Steelers just before last season. Respected by the analytics community, Boykin did not see much time in Pittsburgh despite being a quality slot stopper in Philadelphia. And the 2016 offseason has been by far his least stable in the NFL.

Injuries, though, haven’t been a problem for Boykin during the season. He’s played all 64 regular-season contests for his Pennsylvania-stationed teams the past four years and played a key role for the Steelers in the playoffs last season despite only making one start during the regular season.

The 5-foot-9 corner made 21 tackles but graded out well in the opinion of Pro Football Focus. Boykin’s best season came in 2014, when he intercepted six passes and amassed 136 return yards.

Mike Wallace knows that his hefty contract could make this a one-and-done season with the Vikings, as Chris Tomasson of the Pioneer Press writes. Wallace is making $9.9MM this year and due to earn $11.5MM in 2016, but next year’s salary is not guaranteed. Meanwhile, Minnesota is pretty stacked at wide receiver, a stable that includes rookie Stefon Diggs.

“I’m not stupid. I’m a pretty smart guy. I understand everything,” Wallace said. “When you go to look at that, that’s a lot of money to leave out there that you want to get, but you have to make plays to get those numbers up. We’ll see.”

So far, Wallace has just 27 receptions for 296 yards. At that pace, his 54 catches would be fewest since his rookie year, and 592 yards would be a career-low. Diggs, meanwhile, has 28 catches for 461 yards despite being inactive for the first three of Minnesota’s eight games.

Broncos linebacker Von Miller is a rarity – a star from the 2011 draft class who hasn’t yet signed a mega-extension, writes Mike Klis of 9News.

“I’d like to think that the way I handle stuff, I handle stuff a whole lot different than a normal guy would. I’m good,” he said.

The Broncos are currently maxed out on their 2015 payroll and won’t be able to extend Miller until next offseason, according to Klis, so Miller will have to wait a little longer for his colossal payday. In the meantime, Miller’s in a contract year and will look to build on last season’s 14-sack output.

The Cowboys have announced their Saturday roster moves, paring down from 75 players to 53 in preparation for the regular season. One of the players waived today by the Cowboys was former first-round wideout A.J. Jenkins, who signed with the team earlier in the offseason. With failed stops in San Francisco, Kansas City, and Dallas now under his belt, Jenkins’ NFL opportunities are likely running out.

Here are the players removed from Dallas’ active roster today, per a team release:

Meanwhile, Charean Williams of the Fort Worth Star-Telegram weighs in on rumors from earlier in the day that linked running back Jonas Gray to the Cowboys. According to Williams (via Twitter), the Cowboys didn’t have interest in trading for Gray, but could be interested now that he has been cut by the Pats. The young back will become a free agent tomorrow unless he’s claimed on waivers or signs to a practice squad.

The Cowboys’ ballyhooed acquisition of La’el Collins will overshadow the remainder of the team’s undrafted free agent contingent. But 14 additional players joined the would-be first-rounder in signing with the Cowboys, per ESPN.com’s Todd Archer.