The Chiefs have released running back C.J. Spiller again, sources tell Terez A. Paylor of the Kansas City Star (Twitter links). Andy Reid says that Charcandrick West will probably be ready to go against Denver next week, so that would help to explain why Spiller is being put back on the curb. 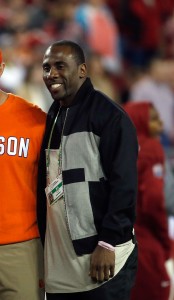 Pro Football Rumors readers are familiar with Spiller’s saga by now. Spiller caught on with Kansas City in February after spending time with multiple times in 2016. The former first-round pick missed the Chiefs’ initial cut in early September, but he has since been yo-yo’d on and off of the roster in almost unprecedented fashion. The veteran has now been released by the Chiefs four times in the last seven weeks. But, if history is any indication, he could be back with the team around Halloween.

Spiller totaled 1,244 rushing yards back in 2012, but he ran for just 1,363 total yards in the next four seasons. This year, he has a grant total of two carries for zero net yards. 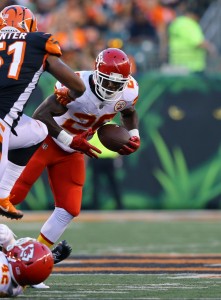 For the third time this month, running back C.J. Spiller has been let go by the Chiefs. According to Terez A. Paylor of the Kansas City Star (via Twitter), the organization is releasing the veteran. Running back Akeem Hunt will be promoted from the practice squad to take Spiller’s spot on the roster.

It’s been a hectic September for Spiller. Kansas City initially signed the 30-year-old back in February, but he was released in early September. The team re-signed him the next day, only for them to release him once again less than a week later. Finally, the team signed him a third time last week… only to release him today. The 2010 first-round pick ultimately didn’t see the field during his Chiefs tenure, although nobody would be shocked if the front office signs him once again.

Spiller compiled 1,244 rushing yards back in 2012, but he’s only collected 1,363 rushing yards in the four seasons since. The veteran has bounced around the league since leaving Buffalo following the 2014 season. He initially signed a four-year deal with the Saints in 2015, but he was released by the squad after only one season. He split the 2016 campaign between the Seahawks and Jets, compiling 18 rushing yards on six carries. He also added another six receptions for 50 yards, emphasizing the pass-catching ability he’s shown throughout his career.

Hunt, a 2015 undrafted free agent out of Purdue, joined the Chiefs practice squad earlier this month. The 24-year-old appeared in 15 games with the Texans between 2015 and 2016, compiling 205 rushing yards on 37 carries. He also added another nine receptions for 68 yards, as well as 10 kick returns for 213 yards (21.3-yard average). Hunt will presumably inherit Spiller’s spot on the depth chart behind Kareem Hunt and Charcandrick West.

The Chiefs have re-signed running back C.J. Spiller after releasing him on Thursday, according to Terez A. Paylor of the Kansas City Star (Twitter link). 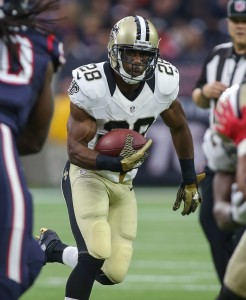 Spiller’s return to the Kansas City surprise — as Paylor explained yesterday, the Chiefs cut Spiller prior to their Week 1 game so that his 2017 base salary would not become fully guaranteed. Now that Kansas City has completed its season opener (with a win to boot), Spiller is back on the roster. For more details on the mechanisms of such a move, read Jason Fitzgerald of Over the Cap‘s excellent breakdown of the reasoning behind cutting veterans early in the season.

Spiller might not get much run now that rookie Kareem Hunt firmly established himself with 246 yards from scrimmage and three touchdowns on Thursday night against the Patriots. But the 30-year-old Spiller will slot in as the Chiefs’ third running back, and perhaps serve on kick and/or punt returns.

The Chiefs have agreed to re-sign running back C.J. Spiller, according to Terez A. Paylor of the Kansas City Star (Twitter link).

Kansas City released Spiller on Saturday, but Chiefs general manager Brett Veach indicated the veteran back could be re-signed before the start of the regular season. That’s now the case, and Spiller will play alongside Kareem Hunt and Charcandrick West in Kansas City’s backfield.

Spiller, a first-round pick back in 2010, spent last season with three clubs: the Saints, Seahawks, and Jets. While the 30-year-old hasn’t had a truly productive season since 2013, Spiller reportedly played well during camp and could be a surprise contributor in 2017.

The Broncos did not discuss a pay cut with safety T.J. Ward before releasing him on Saturday, Nicki Jhabvala of The Denver Post tweets. “It was a football decision,” a team source tells her, adding that the motivation was to give more playing time to Justin Simmons and Will Parks. Meanwhile, Broncos players are upset about losing Ward and his locker room presence, James Palmer of NFL.com tweets.

While Ward searches for a new home, here’s more from around the NFL:

The Chiefs have released running back C.J. Spiller, a source tells Terez A. Paylor of the Kansas City Star. Spiller had a strong camp and appeared likely to make the cut this week.

It’s possible that the Chiefs have their eye on another running back to fill that third spot behind rookie Kareem Hunt and Charcandrick West. They’ll be without Spencer Ware for 2017 after he suffered a season-ending knee injury, including a torn PCL and damaged LCL.

Spiller caught on with KC in February after being cut by several teams. The former first-round pick was slated to make only the league minimum.