Offensive lineman Teven Jenkins was taken in the second round of the 2021 NFL Draft last year by the Chicago Bears, but only got a small portion of his rookie season to earn a spot on the line. Well, according to Adam Jahns of The Athletic, the new Bears’ staff is giving him the best chance, alongside fellow 2021 Draft pick Larry Borom, to start at right or left tackle.

Jenkins underwent back surgery in the preseason last year and was placed on injured reserve. He returned and made his debut in early December, playing on special teams. An injury to left tackle Jason Peters opened the door for Jenkins and he subbed in for the next two weeks, returning to a reserve role after that.

New offensive line coach Chris Morgan has been pleasantly surprised by the two second-year players, so far, but remarks that “everything changes once the pads come on.” It appears, though, that, for now, the starting tackle jobs are Jenkins and Borom’s to lose.

Here are some other rumors from around the NFC, starting with a rumor out of the City of Brotherly Love:

In contention for the Jaguars’ quarterbacks coach position, Mike Sullivan will instead land in Pittsburgh. The Steelers are hiring the former Giants and Buccaneers offensive coordinator, Mike Garafolo of NFL.com tweets. Sullivan, 53, will replace Matt Canada, who is now the Steelers’ OC. Pittsburgh’s QB coaching role grew in importance recently, with the Steelers giving Dwayne Haskins an opportunity to reboot his career. While Ben Roethlisberger is planning to return for an 18th season, Sullivan will have multiple developmental QBs — Haskins and Mason Rudolph — to mentor. Sullivan has not coached since the 2018 season, when he served as the Broncos’ QBs coach.

Here is the latest from the AFC’s coaching carousel: 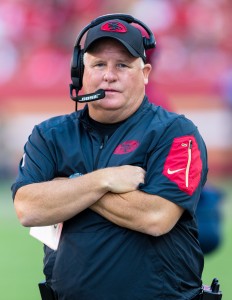 Following the Falcons hiring of former Seahawks defensive coordinator Dan Quinn, a former league executive wondered what could have been. Former Buccaneers general manager Mark Dominik said that he twice tried to hire Quinn to become Tampa Bay’s defensive coordinator, according to Alex Marvez of FoxSports.com (via Twitter). Instead, Dominik settled for Bill Sheridan and Raheem Morris.