Bass, 28 in September, hooked on with the Jets prior to their Week 3 game last year. He went on to total 22 tackles and 3.5 sacks in 13 games (two starts). Bass only had a limited sample of 326 snaps, but for what it’s worth, he did place as the 45th ranked edge defender in the league out of 106 qualified players, per Pro Football Focus. His strong 81.6 run coverage score was good for 28th amongst edge rushers and his overall score was the best of any Jets DE in 2017.

In other Jets news, the team dropped wide receiver Jalin Marshall after the conclusion of the draft.

The Jets have signed defensive end David Bass, according to Ian Rapoport of NFL.com (on Twitter). To make room, the team has waived outside linebacker Freddie Bishop.

Bass spent the last two seasons with the Titans. In 2015, he set career highs in games (16) and starts (seven) and recorded 1.5 sacks and on interception. His production dipped last year as he appeared in 13 games and played in just over 20 percent of the Titans’ snaps. The Titans opted to use him more on special teams, employing him on 45 percent of those snaps. Bass joined the Seahawks in May and appeared in each of their first two games, but he was cut loose earlier this week.

The 0-2 Jets will take on the Dolphins at home on Sunday in search of their first win.

The Seahawks have signed edge defender David Bass, per an Instagram announcement from the player (Twitter link via Bob Condotta of the Seattle Times). 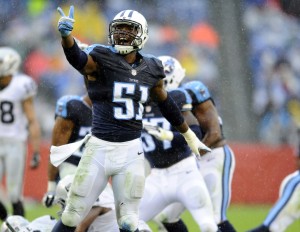 Bass entered the NFL in 2013 as a seventh-round pick of the Raiders, though he never actually suited up for them. He instead spent his first two seasons in Chicago, where he totaled 20 appearances (two starts) and combined for four sacks.

Bass was a member of the Titans over the previous two years, setting career highs in games (16) and starts (seven) during a 1.5-sack, one-interception 2015 campaign. He made less of a defensive impact across 13 appearances last season, playing just over 20 percent of the Titans’ snaps and picking up 12 tackles, but partook in 45 percent of special teams snaps.

As of now, the 26-year-old Bass is in line to function as a defensive end for Seattle, writes Condotta. The Seahawks have no shortage of proven and/or familiar names at DE, including Michael Bennett, Cliff Avril, Frank Clark and Dion Jordan, so Bass could have difficulty distinguishing himself as a defender if he makes their roster.

John Fox‘s first roster with the Bears will include three quarterbacks, but the third isn’t the one he oversaw in Denver. The Bears sent Zac Dysert back to waivers after picking up the ex-Broncos quarterback last week.

Instead, David Fales will back up Jay Cutler and Jimmy Clausen, as the Bears made their cuts to slash their roster to 53 players, per Brad Biggs of the Chicago Tribune.

Also among the cuts was third-year defensive end/linebacker David Bass, who played in 20 games the past two seasons. A former seventh-round pick of the Raiders in 2013 with a pick-six to his credit as a rookie in Chicago, Bass has interested suitors and will land somewhere soon, per Bleacher Report’s Dan Pompei (on Twitter).

Here are the rest of Chicago’s final cuts: