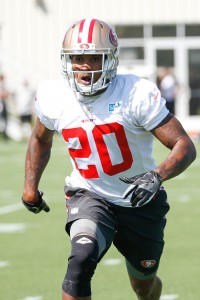 49ers safety Don Jones posted on his Snapchat that he suffered a torn left ACL in the team’s preseason finale against the Chargers on Thursday, per James Brady of Niners Nation. He’s now likely to head to injured reserve, according to Matt Maiocco of NBC Sports Bay Area (Twitter link). Placing Jones on IR would reduce the 49ers’ roster to 70 players, 17 above the 53-man limit.

Jones joined the 49ers on a two-year deal at the outset of free agency in March, before which the 2013 seventh-round pick spent time with six organizations. He divided 2016 between Cleveland and Houston and appeared in 13 games, logging his first-ever start along the way.

While Jones is technically a defender, playing time has been scarce on that side of the ball for the 27-year-old. Jones has mainly functioned as a special teamer, and he played nearly 40 percent of the Texans’ ST snaps during his nine-game stint with them last season.

The 49ers have agreed to a deal with special teams ace Don Jones, the club announced. Jones, a safety by trade, signed a two-year pact. 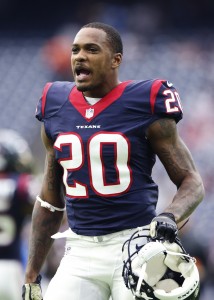 Jones, 26, has played for two clubs per season in each of the last three years. That’s the life of pure special teamer who doesn’t often see the field on defense. Since entering the league, Jones has only started one career game, and that came last year with the Texans. Overall, Jones played on nearly 40% of Houston’s special teams snaps despite appearing in only nine games with the team after being cut by Cleveland.

San Francisco ranked 17th in special teams DVOA in 2016, and was below-average on both kick and punt returns.

The Browns have confirmed a handful of signings, announcing today in a press release that wide receiver Terrelle Pryor and defensive back Don Jones have inked their restricted free agent tenders to remain with the team. The club also confirmed the previously-reported addition of safety Rahim Moore. 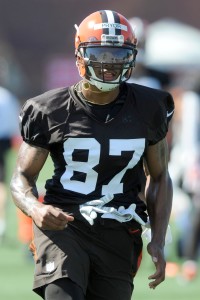 Pryor, a quarterback-turned-wide receiver, appeared in three games with two starts in 2015, notching one reception for 42 yards on eight targets. In total, for his career, he has appeared in 18 career games with 12 starts, though of course the majority of those appearances came at quarterback.

Turning the talented Pryor into a receiver was an experiment conducted by the old Browns regime, but it appears the team’s new decision-makers – and new head coach Hue Jackson – have some interest in continuing down that road as well.

Jones, meanwhile, has jumped from team to team since entering the league in 2013, having spent time with the Dolphins, Patriots, Saints, and Browns. He played exclusively on special teams in nine games with Cleveland last season after joining the club.

Both Pryor and Jones will be in line for non-guaranteed $1.671MM base salaries for the 2016 season.