11:25am: Fort did indeed tear his ACL, per Jeremy Fowler of ESPN.com (via Twitter). It is, of course, a season-ending injury, but as Ian Rapoport of NFL.com tweets, it was a clean tear and Fort sustained no other damage. As such, he should be ready to go come Week 1 of the 2022 season.

08:57am: The Ravens fear that linebacker L.J. Fort suffered a torn ACL in last night’s preseason contest against the Panthers, as Jeff Zrebiec of The Athletic tweets. Fort, who was signed early in the 2019 season to stabilize an LB corps that had struggled over the first few weeks of that campaign, had become a key piece of Baltimore’s defense and a valuable ST contributor. 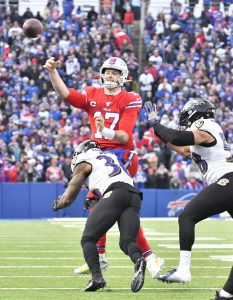 In fact, the Ravens were so impressed with his performance that they handed him a two-year, $5.5MM extension a little over a month after they first plucked him off the street. In his 26 games (16 starts) in Baltimore, the 31-year-old has compiled 53 tackles (six TFL), two sacks, two fumble recoveries, and one defensive TD. His versatility and IQ are particularly valuable on defensive coordinator Wink Martindale‘s varied and complex attack.

Fort will undergo an MRI in short order, but head coach John Harbaugh offered a bleak assessment of the situation. “It does not look good,” Harbaugh said (Twitter link via Ryan Mink of the team’s official website).

The injury could open the door to more playing time for Kristian Welch, a 2020 UDFA who played almost exclusively on special teams last season. 2020 third-rounder Malik Harrison, who has played well this summer, was already expected to have a significant role alongside fellow second-year pro Patrick Queen, but his snap count could increase as well.

Baltimore could also be on the lookout for more experienced depth in the coming weeks.