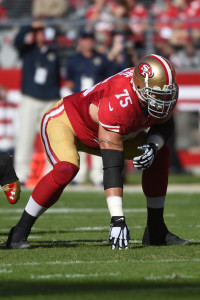 Alex Boone expressed interest earlier this year about unretiring, and the Ravens are giving him an opportunity to potentially latch on late in the season. 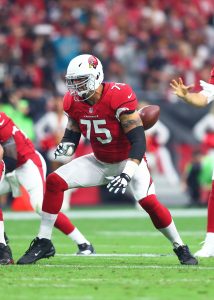 The Ravens hosted the veteran guard for a workout Friday, per ESPN.com’s Field Yates (on Twitter). A March report indicated Boone had drawn interest from teams, but his comeback attempt has not produced a contract yet. The Ravens are considering it.

No Raven offensive linemen reside on the reserve/COVID-19 list at present, but given Baltimore’s recent outbreak, the franchise inquiring about veteran insurance makes sense. Although Boone has not played in a game since the 2017 season, he was a starter from 2012 up until his retirement. His most notable years came during Jim Harbaugh‘s time with the 49ers, so an audition with the John Harbaugh-led Ravens is interesting.

Originally a 2009 UDFA, Boone was with the 49ers during their run of three consecutive NFC championship game appearances in the early 2010s. His first season as a starter came during San Francisco’s Super Bowl XLVII season. Converting from Ohio State tackle to NFL guard, Boone signed a four-year 49ers extension in 2011 and signed a free agent deal with the Vikings in 2016. He last played for the Cardinals three seasons ago.

After Marshal Yanda‘s retirement, the Ravens have used Bradley Bozeman and Patrick Mekari as their primary guards.

We haven’t seen Alex Boone on the field in a while, but he says he’s looking to play for the first time since 2017. His attempted comeback is not a publicity stunt, NFL.com’s Tom Pelissero (on Twitter) hears, and the veteran already has interest from a “handful” of teams.

Boone, 33 in May, played for the 49ers, Vikings, and Cardinals across eight pro seasons. He entered the league as a UDFA back in 2009 and battled until he found his way to the Niners’ starting lineup in 2012.

Later on, he landed a four-year, $26.2MM free agent deal with the Vikings. Unfortunately, he clashed with Minnesota brass and reportedly had conditioning issues. The Vikings asked him to take a pay cut, Boone said no, and they dropped him after just one year. His last action came in ’17 with the Cardinals, where he started 13 games.

Boone, Pelissero hears, is back up to 285 pounds. That’s important and also impressive – last year, Boone slimmed down in order to compete in an Ironman Triathlon.

Former 49ers, Vikings, and Cardinals guard Alex Boone wants to resume his NFL playing career, as the soon-to-be 33-year-old announced on Minnesota sports talk station SKOR North (h/t Josh Alper of Pro Football Talk). Boone has been working with the station recently, but he hopes to get back on the field.

Boone carved out a nice career for himself, especially considering he entered the league as a UDFA in 2009. Though he spent all of 2009 on the 49ers’ practice squad and appeared in just one game in 2010, he became San Francisco’s full-time starter at left guard in 2012, which ended in a Super Bowl appearance.

The Ohio State product was generally regarded as an above-average starter during his 49ers’ tenure, and he parlayed that success into a four-year, $26.8MM deal ($10MM guaranteed) with the Vikings in March 2016. But after a so-so year first season with Minnesota, the Vikes asked Boone to take a paycut and released him when he refused. He reportedly showed up to training camp out of shape, which certainly didn’t help matters.

He subsequently hooked on with the Cardinals and started 13 games for Arizona, and that was the last NFL action he saw. It’s unclear if there was any interest in him after his one-year stint in the desert.

It’s also unclear if there will be any interest now that he is almost 33 and is even further removed from his best years in San Francisco. There is always a need for experienced O-line depth, so it’s not inconceivable he could get some looks from a team that suffers an injury or two in training camp, but it still seems like something of a long shot.

Boone, though, is working on getting back to his playing weight in the hopes of getting a call.

The Cardinals will place Mike Iupati on IR because of bone spurs in the starting guard’s elbow, Bruce Arians said (via Darren Urban of AZCardinals.com, on Twitter). 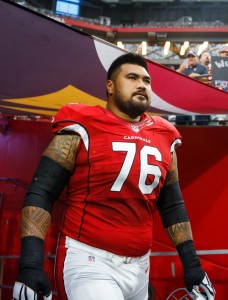 Iupati has been out since Week 1 with this malady but will miss extensive time now, and this could end his season. The 30-year-old left guard will miss at least eight more weeks as a result of this decision. Iupati will undergo surgery to address this problem, and the Cardinals are short on guards right now. And offensive line is reeling.

The Iupati decision also complicates matters for the Cardinals regarding how they will manage their roster this season.

David Johnson already resides on IR with a wrist injury, and although it could be December before he’s ready to come back, the All-Pro running back profiles as an obvious IR-return candidate — especially if the team is contending for a playoff spot. As of now, Iupati would stand to occupy Arizona’s other IR-boomerang slot, but given that the Cards haven’t played their fourth game, it would be too early to proclaim their IR-return decisions set.

However, Iupati and Johnson profile as key players who would fit the bill over just about anyone else who would venture onto IR with an injury that could heal in time for late-season contributions. A four-time Pro Bowler and one-time first-team All-Pro with the 49ers, Iupati signed with the Cardinals last year and played 15 games. This will mark the first season he’s played fewer than 12. And in six of Iupati’s seven full NFL seasons, he’s suited up and started at least 13 games.

John Wetzel and rookie Will Holden would be options to replace Humphries at tackle, while rookie Dorian Johnson is an option be promoted from the practice squad. Arians said a roster move will be made to address the depth up front.

Former Jets linebacker Erin Henderson was placed on the team’s non-football injury list last season, and the player is now suing the organization, citing “wrongful termination and disability discrimination.” According to Connor Hughes of NJ.com, Henderson is seeking $3.3MM in compensatory damages in addition to punitive damages, using his remaining 2016 and hypothetical 2017 salary as a guideline.

The lawsuit does acknowledge that the 31-year-old suffers from bipolar disorder, but it also notes that the organization was never accommodating before they “wrongfully terminated his employment.” The team ultimately said Henderson “was not fit” to play football, a revelation that the player didn’t learn about until the NFLPA grievance hearing in June.

The 2008 undrafted free agent out of Maryland spent the first six years of his career with the Vikings before spending the 2015 and 2016 campaign in New York. During his Jets tenure, Henderson appeared in 21 games (including four starts during his “injury-shortened” 2016 season), compiling 66 tackles and one forced fumble.