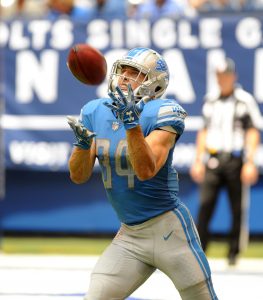 The Saints are set to sign linebacker Stephone Anthony, according to Ian Rapoport of NFL.com (on Twitter). He’ll take the roster spot of fellow ‘backer Kaden Elliss, who has been placed on injured reserve, Mike Triplett of ESPN.com tweets.

Anthony was a first-round pick of the Saints in 2015, but he didn’t live up to expectations. During the 2017 season, the club shipped him off to the Dolphins, who declined his fifth-year option and allowed him to walk after the 2018 season. This offseason, he signed deals with the Falcons and Jets, who both released him in August.

Ellis is dealing with a knee injury, and starting linebacker Alex Anzalone had already been placed on injured reserve with a shoulder injury. Ellis is a seventh-round rookie for Idaho who had only been a depth piece prior to his injury. Anthony started all 16 games as a rookie in 2015, but he started only three the next year and never made a start in Miami as he played mostly on special teams.

The Jets are signing linebacker Stephone Anthony, according to Ian Rapoport of NFL.com (via Twitter). Anthony was cut by the Falcons on Saturday.

New York has been seeking a replacement for Avery Williamson, who tore his ACL last week. The club signed Albert McClellan on Saturday, and Anthony gives them a higher-upside option.

Anthony, whom the Saints selected in the first round of the 2015 draft, showed some promise with a 112-tackle rookie campaign. He started all 16 games that year for a bottom-tier New Orleans defense, but the team moved him from middle linebacker to strongside linebacker in 2016, and he regressed considerably. The Saints dealt him to the Dolphins in 2017, but the change of scenery didn’t do much for him. Anthony had just seven tackles across 16 appearances last year, and the Dolphins declined his fifth-year option, making him a free agent this offseason.

The Falcons signed him at the end of July, but he did not last a full month on Atlanta’s roster. With the Jets, Anthony will have a chance to compete for playing time alongside free agent acquisition C.J. Mosley, and he will also reunite with Adam Gase, his head coach for two years in Miami, and Joe Vitt, the Saints’ LB coach during Anthony’s first two years in the league.

The Jets cut safety Santos Ramirez in a corresponding move.

Atlanta added Anthony at the outset of its training camp, but he will now venture back to free agency. This continues a lengthy swoon for 2015’s No. 31 overall selection.

The former Saints draft choice spent one season as a starter and recorded the NFL’s first two-point conversion return, during a 112-tackle 2015 season. But that year was spent on a bottom-tier New Orleans defense, and the Saints opted against keeping him as a starter for long in 2016. Following the 2017 trade to Miami, Anthony still could not gain much of a foothold. Although, he did play in all 16 Dolphins games last season.

A former Jaguars backup in 2017, and a Georgia native, Myrick bounced on and off the Vikings’ practice squad last season. Minnesota waived the former seventh-round pick in April.

The Falcons have agreed to sign linebacker Stephone Anthony, according to Ian Rapoport of NFL.com (on Twitter). The former Saints first-round pick profiles as a depth option and special teams player for Atlanta.

Anthony seemed to have a great deal of promise when he entered the league in 2015, but he’s been unable to make good on that potential thus far. After starting in all 16 games as a rookie, he was moved from middle linebacker to strongside linebacker with poor results. The Dolphins acquired him for a fifth-round pick in 2017, but the change of scenery didn’t do much for him. Anthony had just seven tackles across 16 appearances last year and the Dolphins declined his fifth-year option, making him a free agent this offseason.

In other Falcons news, the club is optimistic about a new deal for Julio Jones.