Kirk Cousins appears to be atop the Vikings offseason wish list. Chris Tomasson of TwinCities.com writes that the organization will “go hard” after the free agent quarterback, adding that negotiations with their 13 unrestricted free agents and three restricted free agents are on hold until the front office understands how much they’ll need to commit to a signal-caller.

The 29-year-old Cousins finished last season having completed 64.3-percent of his passes for 4,093 yards, 27 touchdowns, and 13 interceptions. If the Vikings fail in their pursuit of the former Pro Bowler, they can turn their focus to any of the other three quarterbacks they were rostering in 2017: Case Keenum, Teddy Bridgewater, or Sam Bradford.

Let’s take a look at some other notes out of Minnesota, all via Tomasson…

After working out running backs David Cobb and Bronson Hill earlier on Saturday, the Vikings decided to sign Hill, Chris Tomasson of the St. Paul Pioneer Press reports (on Twitter).

Hill will have an uphill battle toward cracking the Vikings’ 53-man roster, with Latavius Murray, Dalvin Cook and Jerick McKinnon under contract. But Hill, an Eastern Michigan alum who’s been in the NFL since 2015, still has practice squad eligibility. The team did not sign Cobb, a University of Minnesota alum and former Titans fifth-round pick.

The 24-year-old Hill played in three games with the Jaguars last season and has just two career carries, but Tomasson reports (on Twitter) he was going to work out for the Falcons next week if not signed by the Vikings. Hill has bounced around the league during the past three preseasons, with the Bengals, Bills, Bears, Dolphins and Saints having him on their respective rosters briefly before he caught on in Jacksonville.

Minnesota lost reclamation project Bishop Sankey to a torn ACL on Friday. The team waived the former second-round pick to make room. Sankey, who hasn’t played in a game since 2015, will revert to Minnesota’s IR list once he clears waivers.

END_OF_DOCUMENT_TOKEN_TO_BE_REPLACED

Bishop Sankey has been wandering the NFL all season long but he’s hoping to take his coat off and stay a while with his new team. The Vikings announced that they have signed the young running back to the practice squad. 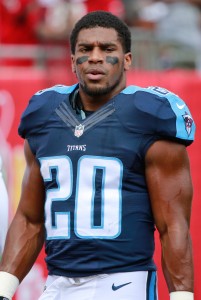 Sankey, a 2014 second-round pick, was released by the Titans’ new regime this fall. At one time, Sankey was being groomed for the primary running back role in Tennessee. This offseason, he didn’t demonstrate enough progress to keep his place on a team carrying four running backs.

After his release, Sankey spent time on the Patriots’ practice squad and the Chiefs’ 53-man roster. Earlier this week, KC released Sankey in an apparent endorsement of Knile Davis‘ as the last back behind Spencer Ware and Charcandrick West.

Currently, the Vikings have Jerick McKinnon, Matt Asiata, and fullback Zach Line on the 53-man roster. It stands to reason that they could add another tailback to the mix. Sankey now stands as the only RB on the p-squad and has a prime opportunity for a promotion. 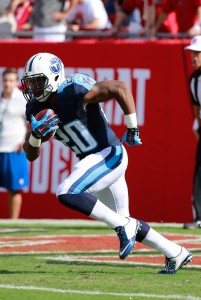 The Patriots have made team-friendly extension offers to a number of their pending free agents — including Martellus Bennett, Malcolm Butler, Jamie Collins, Dont’a Hightower, and Logan Ryan — but so far, no player has been interested in putting pen to paper, according to Ben Volin of the Boston Globe. Given that the salary cap continues to rise, each of these impending free agents figures to cash in the open market, and therefore have little incentive to agree to any offer New England puts on the table.

Here’s more on the Patriots, who are now 5-1 after beating the Bengals today: