Isaiah Pead‘s playing career is over as a result of the car crash he was involved in last week, Rams coach Jeff Fisher told reporters (via ESPN.com). Pead suffered major injuries and was said to be in critical condition in an Ohio hospital. 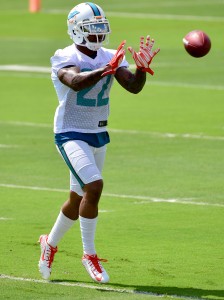 “Our organization’s hearts and prayers go out to the Isaiah Pead family,” Fisher said. “I spoke with his mom [on Saturday]. He’s struggling, and he’s going to have a tough road. We’re hoping that he’ll come through this, but his career is over, and he was an outstanding young man while we had him.”

Pead lost control of his car on Interstate 670, and the vehicle went through a guardrail and down an embankment. Police have determined that drugs and alcohol were not a factor in the crash.

The running back played for the Rams from 2012-2015 before joining the Dolphins in March. In October, Miami dropped him along with other notable veterans in an effort to get out of their early season slide.

Our thoughts and best wishes go out to Pead and his family during this difficult time.

Free agent running back Isaiah Pead is in critical condition following a car accident on Saturday morning, according to Matt Barnes of NBC4 in Columbus, Ohio (via Twitter). The crash happened around 2:30am, and NBC4 reports that it was a single-vehicle crash. ESPN’s Adam Schefter reports that Pead underwent surgery early Saturday morning and remains in critical condition. 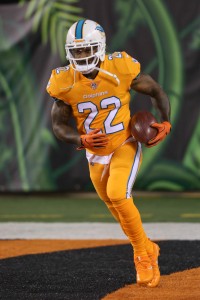 Pead lost control of his vehicle on Interstate 670, and the car went through a guardrail and down an embankment, according to Schefter. The vehicle ultimately collided with several trees, ejecting Pead from the vehicle.

The 26-year-old started the season with the Dolphins, where he compiled 22 rushing yards on eight attempts. However, Pead ended up missing a meeting prior to the team’s Week 2 matchup against the Patriots, and the running back was subsequently released in mid-October. Pead has 27 career rushing attempts for 100 yards, and he’s also collected 15 receptions for 100 yards. The Cincinnati product also spent time on the Rams and Steelers.

The 2012 second-round pick actually worked out for the Chiefs earlier this week. The running back had also received interest from the Redskins since being cut by Miami.

Our thoughts and best wishes go out to Pead and his family.

They’re cleaning house in Miami today. The Dolphins are releasing running back Isaiah Pead, according to Alex Marvez of the Sporting News (on Twitter).

Pead reportedly missed a meeting in advance of Miami’s Week 2 matchup against New England, which led him and fellow meeting-skipper Damien Williams to be inactive for that game. That incident didn’t endear him to coaches and his play this season hasn’t done him any favors either. In three games, Pead has eight carries for 22 yards plus one catch for six yards. After his so-so work in an extremely limited sample, Miami is shaking up the RB depth chart.

Ravens rookie Kenneth Dixon is expected to miss four weeks with an MCL tear, but the running back won’t require surgery, according to Adam Schefter of ESPN.com (Twitter link). Dixon, a fourth-round pick out of Louisiana Tech, wasn’t going to play a large role on offense (at least early in the season), but this injury means it will take him even longer to ingrain himself into Baltimore’s offense behind Justin Forsett, Javorius Allen, Terrance West, and Lorenzo Taliaferro.

Let’s take a quick look at the latest NFL injury news as teams prepare their rosters for the start of the regular season:

Giants rookie kicker Tom Obarski missed a 28-yard field goal during yesterday’s preseason contest against Buffalo, and, predictably, several members of the team’s brass were asked after the game about the controversy surrounding incumbent kicker Josh Brown. As Paul Schwartz of The New York Post writes, co-owner John Mara told reporters, “I know what you’re going to ask me about. Check with me again next week, but I don’t have anything to say about it.” GM Jerry Reese declined to comment at all about Brown, and head coach Ben McAdoo said, “I’ve said everything I have to say on that situation.” Brown himself also declined to comment.

As Big Blue attempts to sort out its suddenly volatile kicking situation, let’s take a look at some other notes from the league’s east divisions: 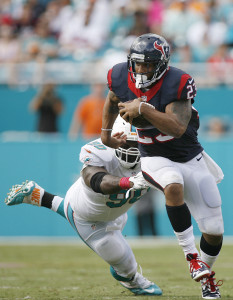 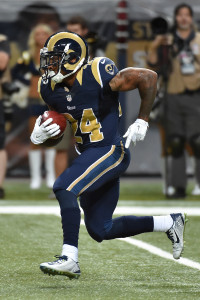