Bill Belichick and the New England Patriots have a penchant for adding veterans on the downside of their careers. The organization also seems to enjoy poaching talent from their division rivals, especially the Jets. The Patriots have added a number of former Jets players since Belichick joined the Patriots (from the Jets, no less) in 2000, including the high-profile (Darrelle Revis) and low-profile (Danny Woodhead). Therefore, it wasn’t much of a surprise when the Patriots added a long-time Jets linebacker two years ago today. 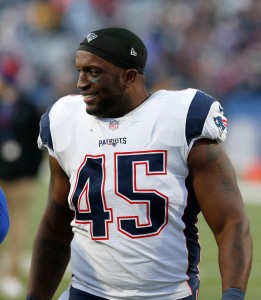 The Jets selected David Harris in the second-round of the 2007 draft, and the linebacker quickly established himself as one of the most dependable members of their defense. From 2009 through 2015, Harris didn’t miss a single regular season game, and he earned an All-Pro nod in 2009 after posting 127 tackles, 5.5 sacks, and two forced fumbles. The linebacker is also top-10 in a number of Jets’ records, including tackles (fourth-708), sacks (eighth-35), and forced fumbles (eighth-10).

However, Harris and the organization hit a bit of a crossroad in 2017. The team was eyeing a rebuild, and they wanted their veteran to take a pay cut. The 33-year-old wouldn’t budge, so the Jets made the “abrupt” move of releasing their long-time player in early June. Then, two weeks later, Harris signed with the Jets’ division rivals on a two-year, $5MM ($1.5MM guaranteed) deal. The move was made official on June 22nd, 2017.

How did it work for the Patriots? Probably about as expected, if not a bit underwhelming. Harris did provide New England with some much-needed depth up the gut, and the veteran ended up compiling 22 tackles and 1.5 sacks in 10 games (six starts). However, Harris sat out three of the Patriots’ final four regular season games (including their season-finale against the Jets), and he didn’t appear in any of the team’s three playoff games. Harris ended up retiring following the 2017 season, and the Jets were probably on to something when they let him go the previous year.

During his tenure in New York, Harris clearly did enough to establish himself as one of the best defenders in Jets history. However, at least among Jets fan, his resume will always hold one tiny blemish.

David Harris is calling it a career. The former Jets and Patriots linebacker announced on Friday that he is retiring from the NFL.

“After 11 years of having played the greatest team sport at its highest level, it’s now time for me to announce my retirement from the NFL,” Harris said in a statement provided by his agency.

Harris signed a two-year, $5MM deal ($1.25MM guaranteed) with the Patriots in June after he was dropped by the Jets in June. The team’s decision to release Harris came as a surprise given the timing of the move. Unable to take advantage of the first or even second wave of free agency, Harris signed a relatively modest deal with New England, giving him a chance to win a Super Bowl while getting some revenge on his former team.

From a football perspective, Harris’ second act with the Patriots was not a rousing success. The 34-year-old saw only 181 snaps during the regular season thanks to his decreased speed and lack of ability to drop back in coverage. Still, he was retained throughout the year for his leadership skills and the Patriots did reach the Super Bowl with him on the roster.

Harris spent ten years with the Jets after joining the team as a second-round pick in 2007. His 147 career starts in green are good for sixth all-time in franchise history.

Free agent tight end Will Tye took a meeting with the Patriots today, according to Mike Reiss of ESPN.com (Twitter link). Waived by the Jets during final cutdowns, Tye has had a busy week: he worked out for the Chiefs last Friday before auditioning for the Ravens yesterday. Evan Baylis, a fellow tight end who went undrafted earlier this year, was also in town, per Reiss. New England currently has three tight ends on its roster in Rob Gronkowski, Dwayne Allen, and Jacob Hollister.

A league spokesperson, Joe Lockhart, said earlier this week there have been no discussions about the Chargers returning to San Diego, and a team source confirmed as much to Ian Rapoport of NFL.com. The source said simply, “We’re not going back.”

Of course, the Chargers are losing the battle for Los Angeles at the moment, leading some to speculate that the league could choose to reverse course and ship the Bolts back from whence they came. Mike Florio of Pro Football Talk also suggests that Lockhart’s quote is not as unequivocal as it could be; Lockhart said there have been no discussions about a return to San Diego, not that a return will not happen. Plus, Florio points out that the Chargers source who spoke with Rapoport did so anonymously, which creates the impression that there’s something sensitive about the notion that the Chargers aren’t looking back.

That may be a bit of a reach, particularly since San Diego still does not have a stadium option, which prompted the move in the first place. Anything can happen, of course, but as of right now, it does not look as if the Chargers will be leaving LA.

Now for more from the AFC. We took a swing around the NFC earlier today:

The Dolphins still haven’t offered contract year wide receiver Jarvis Landry a new deal, but 24-year-old slot weapon isn’t worried about the lack of negotiations. “The number I may want may not be the number the team is willing to give me,” Landry told Barry Jackson of the Miami Herald. “It’s about finding that negotiating price that works for both parties. Unfortunately, I haven’t gotten offers. But when the process starts, I want nothing less than what I deserve.” Landry ackowledged he would accept the franchise tag in 2018, although Miami is unlikely to extend an offer — even over one year — of $15MM+ for a slot receiver.

Although Josh McCown is the heavy favorite to open the 2017 season as the Jets‘ starting quarterback, Gang Green’s signal-caller competition hasn’t been resolved just yet, as Rich Cimini of ESPN.com writes. Given that head coach Todd Bowles is unquestionably on the hot seat — and needs victories to retain his job — New York could be loathe to bench McCown if the club gets off to an (admittedly unexpected) fast start. In such a scenario, second-year quarterback Christian Hackenberg might not get the type of long audition period required to show Jets management if they need to find another passer.

Jabrill Peppers is one of only 11 2017 draft choices who has yet to sign his rookie deal, and offset language is likely to blame for the contractual holdup with the Browns, as Mary Kay Cabot of Cleveland.com writes. Offset language, as a reminder, can allow a player to “double dip” if he’s waived by his original club, as it enables him to collect a salary from a new team without that total being offset. Neither of Cleveland’s other two first-round picks — defensive end Myles Garrett and tight end David Njoku — were able to remove offset language from their deals, so the Browns are likely attempting to maintain precedent with Peppers.

The Patriots gave David Harris more money than the Jets were offering on a reduced deal, a source tells Mike Florio of Pro Football Talk. Harris agreed to a two-year, $5MM deal with the Pats on Wednesday morning, giving the veteran linebacker a chance at winning his first ever Super Bowl.

Florio also hears that the terms of Harris’ deal were already agreed upon before he touched down in New England. The purpose of the Wednesday visit was to ensure that it was a good fit for both sides and it didn’t take long for everyone to feel comfortable about the union.

The Patriots have agreed to sign former Jets linebacker David Harris, as ESPN.com’s Adam Schefter tweets. It will be a two-year, $5MM deal for the veteran with $1.25MM guaranteed, Albert Breer of The MMQB tweets. He can also earn up to $1.75MM in incentives. 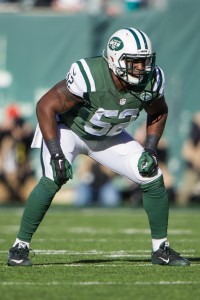 Harris, 33, was cut loose by the Jets this offseason as a part of their rebuilding effort. Until now, he spent his entire career with Gang Green dating back to 2007, meaning that he only got to be a part of two playoff runs. Now, Harris is joining a bonafide contender and could have a real chance at capturing a Super Bowl ring before his career is through.

The Patriots now have an even stronger linebacker group than before. Harris joins fellow veterans Shea McClellin, Dont’a Hightower, Rob Ninkovich, Elandon Roberts, and Kyle Van Noy, not to mention third round pick Derek Rivers. Depending on how many linebackers the Patriots plan on taking into the season, the signing could put Rutgers product Jonathan Freeny on the bubble.

As Schefter notes (on Twitter), this is just the latest instance of the Patriots swooping in on an AFC East standout. Between this offseason and the last one, the Pats have added Harris, cornerback Stephon Gilmore, running back Mike Gillislee, and wide receiver Chris Hogan.

In his tenth season with the Jets, Harris appeared in 15 games and played on 86.8% of the club’s defensive snaps. In that time, Harris managed 94 tackles, two passes defensed, and a half-sack, while grading out as the league’s No. 35 linebacker, per Pro Football Focus.

David Harris Not Planning To Retire

Veteran linebacker David Harris is not planning to retire after being released by the Jets last week, according to Rich Cimini of ESPN.com. 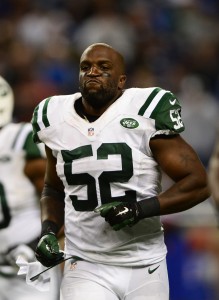 Harris, 33, was cut loose by New York as Gang Green continues its rebuilding effort, but as Harris’ agent suggested last week, Harris has already drawn interest from other clubs. As far as speculative fits for Harris, Cimini lists the Browns (who recently traded Demario Davis back to the Jets) and the Chargers, led by former New York staffer Anthony Lynn, as potential destinations. The Chiefs, Raiders, Giants, and Packers also stand out as possible landing spots, though that’s simply my own speculation.

In his 10th season with the Jets, Harris appeared in 15 games and played on 86.8% of the club’s defensive snaps. In that time, Harris managed 94 tackles, two passes defensed, and a half-sack, while grading as the league’s No. 35 linebacker, per Pro Football Focus. He had been scheduled to earn a base salary of $6.5MM in 2017.