Former Giants and Jets tight end Will Tye visited the Chiefs on Friday, according to Field Yates of ESPN.com (on Twitter). Yates termed the meeting as some “Friday due diligence,” so it doesn’t sound like we should bank on a deal coming together right away. 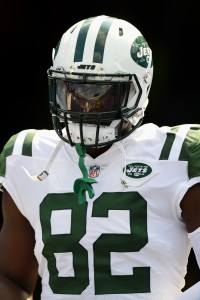 Tye’s time with the Giants came to an end in September when he was cut during roster cutdowns. The Meadowlands’ other team claimed him on waivers the next day, but he was put on the curb in early October.

Since averaged 45 receptions, 430 yards, and two touchdowns in his two Giants seasons. In his short Jets stint, he had just four catches for 38 yards in three games.

The Chiefs are already pretty well set at tight end with starter Travis Kelce and backups Demetrius Harris and Ross Travis. They also have Orson Charles on the practice squad in the event of an injury.