Over the past week, veteran cornerback Dominique Rodgers-Cromartie has been linked to a coaching job at his alma mater Tennessee State. DRC has interest in joining Eddie George‘s staff, but he hasn’t given up on the idea of playing, according to NFL.com’s Ian Rapoport (Twitter link).

Rodgers-Cromartie has post-draft workouts scheduled, RapSheet hears, so he’d only pursue a coaching opportunity if he’s unable to land a deal. The 35-year-old (36 in April) announced his retirement midway through the 2018 season, but he returned to join up with the Washington Football Team in 2019. He only got into a pair of games (one start) for the WFT, compiling seven tackles. His season ended in September when he tore a ligament in his ankle — we haven’t seen him on the field since.

All in all, Rodgers-Cromartie has 162 regular season games to his credit across parts of 12 NFL seasons. The 2008 first-round pick has also made a pair of Pro Bowls during his career. He’s no longer an elite cornerback, but he could appeal to teams in need of veteran support — especially clubs that miss out on their targeted prospects in the draft.

While Dominique Rodgers-Cromartie has flirted with retirement in the past, it sounds like the veteran has no intentions of hanging up his cleats. The defensive back told ESPN’s Josina Anderson that he wants to play in 2020 (Twitter link).

“It’s still easy and I still don’t see anyone out running me,” Rodgers-Cromartie told Anderson. “I just happened to get hurt. I still got too much left in me. I got to end the right way.”

DRC announced his retirement midway through the 2018 season, but he ended up walking that back before signing with the Redskins last offseason. The 33-year-old only got into a pair of games (one start) for his new team, compiling seven tackles. He landed on the injured reserve in September after tearing a ligament in his ankle.

In total, Rodgers-Cromartie has appeared in 162 regular season games in parts of 12 NFL seasons. The 2008 first-round pick has made a pair of Pro Bowls during his career.

Dominique Rodgers-Cromartie has a new team. The veteran cornerback, who backtracked on his recent retirement, will sign with the Redskins, Ian Rapoport of NFL.com tweets.

After retiring midseason, the soon-to-be 33-year-old cornerback revealed intentions to resume his career just prior to free agency. He found a taker and will join former Giants teammate Landon Collins in a changing Redskins secondary. While this will be DRC’s first run in Washington, the Redskins did show interest during training camp last year.

Should DRC be on the Redskins’ roster come Week 1, he will have bounced from a Jon Gruden-coached team to Jay Gruden‘s roster. DRC ended up retiring in October of last year, doing so after Jon Gruden did not play him a snap in a game against the Colts. Rodgers-Cromartie played 147 snaps last season, functioning in an inconsistent Raiders secondary. He occupied a more prominent place with the Giants, with whom he was a four-season starter.

DRC and Collins started together in Giants secondaries from 2015-17, before the Giants cut him after pondering an experiment where the former would move to safety. It is not clear if Washington plans to play the lanky defender at corner or safety. Washington is a bit thinner at safety, even with Collins now heading that unit, but DRC has been a corner throughout his 11-year run of game action.

He made the Pro Bowl with the 2015 Giants, the second of his two Pro Bowl honors, and intercepted six passes in 2016. He has 30 career picks, six of which he returned for touchdowns. This will be DRC’s fifth NFL team and third NFC East employer. The Eagles traded for him in 2011, beginning a two-season run for the former first-round pick in Philadelphia.

Dominique Rodgers-Cromartie‘s retirement didn’t last long. The cornerback has been reinstated and wants to play in 2019, a source tells Ian Rapoport of NFL.com (on Twitter).

DRC, 33 in April, abruptly retired from football in late October. His announcement came days after Raiders coach Jon Gruden did not use him on a single snap in a one-sided loss to the Colts. It appears that the cornerback still has the passion to play, just not for the Raiders.

In 2017, Rodgers-Cromartie appeared in 15 games (six starts) for the Giants, managing 31 tackles, a half-sack, and one pass defensed while grading as the NFL’s No. 58 cornerback, per Pro Football Focus. Still, the signs of aging were there. On 25 targets, DRC allowed 7.2 yards per pass, more than double his 2016 average of 3.5. DRC also made headlines as he butted heads with coach Ben McAdoo and was briefly suspended by the team. Then, last year, he didn’t do a whole lot for the Raiders’ sagging defense.

The two-time Pro Bowler figures to draw interest on the open market, though he might have to wait until the second wave of free agency to find a home.

Raiders cornerback Dominique Rodgers-Cromartie announced his retirement on Tuesday. Cromartie saw zero snaps on Sunday, which may have influenced his decision.

Earlier this year, the Giants asked DRC to move from cornerback to safety. The veteran took well to the plan, but balked when the team later asked him to take a pay cut. In late August, he hooked on with Jon Gruden‘s Raiders, but as is the case with many of the vets that went to Oakland, his role was smaller than expected.

In 2017, Rodgers-Cromartie appeared in 15 games (six starts) for the Giants, managing 31 tackles, a half-sack, and one pass defensed while grading as the NFL’s No. 58 cornerback, per Pro Football Focus. Still, the signs of aging were there. On 25 targets, DRC allowed 7.2 yards per pass, more than double his 2016 average of 3.5. DRC also made headlines as he butted heads with coach Ben McAdoo and was briefly suspended by the team.

Rodgers-Cromartie entered the league in 2008 as a first-round pick of the Cardinals and has since suited up for the Eagles, Broncos, and Giants. He leaves the game with Pro Bowls to his credit to go along with 30 career interceptions and six TDs. 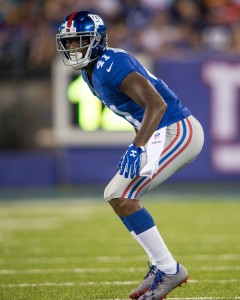 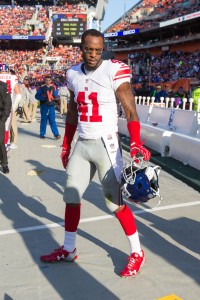