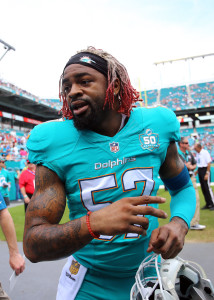 Here are Wednesday’s practice squad signings and cuts from around the league:

The Chargers have reduced their roster from 90 players to 79, leaving the team with four more cuts to make before Tuesday’s 75-man deadline. Here’s the complete list of players dropped by the club so far, via a press release: