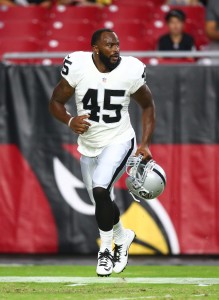 Werner, 26 appeared in 38 games over the last three years for the Colts, including 16 starts. In that time, the Florida State alum registered 77 tackles (61 solo), 6.5 sacks, five passes defensed, one forced fumble, and two fumble recoveries. However, the majority of Werner’s production came in his first two years in the league — in 2015, he appeared in 10 games and picked up just 11 total tackles and one fumble recovery. Following the 2015 campaign, he was waived by Indianapolis.

Lions defensive end Ziggy Ansah is expected to be out for Sunday’s game — and perhaps longer — as he deals with a high ankle sprain. Detroit, then, is presumably searching for some low-cost depth options as they brace for Ansah’s loss.

4:39pm: To open up a spot on the roster for Hocker, the Rams have cut tight end Justice Cunningham, tweets Aaron Wilson of the National Football Post.

1:08pm: With Greg Zuerlein questionable to play in Sunday’s game against the Bengals, the Rams are signing free agent kicker Zach Hocker as an insurance policy, reports Ian Rapoport of NFL.com (via Twitter). Zuerlein has been battling a groin injury, and his availability for Sunday remains unclear.

Hocker, a seventh-round pick in the 2014 draft, earned his first starting job this year in New Orleans. However, the 24-year-old was a little shaky during his first six games as the team’s kicker, resulting in his release in October. Hocker missed four of his 13 field goal tries, including three from less than 50 yards, and failed to convert one of his extra-point attempts as well. After becoming a free agent, Hocker had workouts with the Jets, Jaguars, and Giants.

As for Zuerlein, even when he’s been healthy, he’s been up and down this season. The fourth-year veteran has missed eight field goals and an extra point in 10 games, and is converting a career-low 65.2% of his field goal attempts.

An injury is also forcing the Rams to make a change at a more important position, according to Adam Schefter of ESPN.com, who tweets that Nick Foles will return to the starting lineup with Case Keenum still recovering from a concussion. No roster move should be required at QB though, since Sean Mannion remains on the roster as a backup option.

Here are Thursday’s minor signings, cuts, and other transactions from around the NFL:

Thought to have the upper hand in the Rams’ center competition, Barrett Jones was one of St. Louis’ roster cuts as it trimmed to 53 players (according to Myles Simmons of the team’s website).

Tim Barnes and Demetrius Rhaney ended up sticking on the roster due to having better positional versatility than Jones, an Alabama product who the Rams took in the fourth round in 2013, per ESPN.com’s Nick Waggoner.

An undrafted free agent in 2011, Barnes is listed as the Rams’ starting snapper.

The Rams also waived Austin Davis, who started eight games for the team last season in Sam Bradford‘s absence. Davis threw for over 2,000 yards and completed 63.4% of his passes in his first game sample.

Here are the rest of the Rams’ cuts:

The Seahawks aren’t in the driver’s seat of the NFC West as they anticipated, but coach Pete Carroll says that their record doesn’t dictate their effort on the field. “We’d still be playing these games as championship games,” Carroll said, according to Matt Maiocco of CSNBayArea.com. “That’s the way we look at it. If we were here and our record is different than it is, we’d be playing every one of these games like it’s the last game we get to play all year. That’s how we do it. And it doesn’t matter.” More from the NFC West, where the Cardinals are on top..