Redskins safety Su’a Cravens informed the club on Saturday that he intended to retire, but has reversed his decision (for now) after a meeting with Washington decision-makers, according to Adam Schefter of ESPN.com (Twitter link). Cravens will be placed on NFI list which will rule him out for at least a month while the team helps him to alleviate some “issues,” per Schefter (Twitter link) and Mike Jones of The Washington Post (Twitter link). 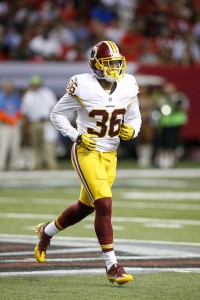 Cravens, 22, has contemplated retirement before, tweets Mike Jones of the Washington Post, and while details are slim as to the reasons behind Cravens’ decision, injury issues could be one possibility. Cravens is now required to wear glasses full-time following a concussion in 2016, and brain injuries have caused young players to hang up their cleats in the past. A torn biceps ended Cravens’ season last year, meanwhile, and he’s currently recovering from knee surgery. However, it’s “more than a physical thing” that’s led Cravens to mull retirement, per Mike Garafolo of NFL.com (Twitter link).

With veteran DeAngelo Hall starting the season on the physically unable to perform list, Washington has a vacancy at safety opposite D.J. Swearinger. Other defensive backs on the Redskins’ roster include Stefan McClure, Montae Nicholson, and DeShazor Everett.

Cravens, a second-round draft pick in 2016, appeared in 11 games and made three starts during his rookie campaign while playing both defensive back and linebacker. He’d been expected to shift to safety full-time for the 2017 season.