One of several Bills to finish Sunday’s game unavailable, Tommy Doyle suffered a season-ending ACL tear. Sean McDermott confirmed the injury, which will remove one of Buffalo’s backup blockers from the equation. 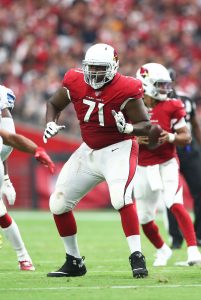 To replace Doyle on the active roster, the Bills signed veteran Justin Murray to a one-year contract. This will be Murray’s seventh team, though the 2016 UDFA has only seen action with the Raiders and Cardinals.

The Cardinals claimed the well-traveled blocker off waivers from the Raiders in 2019 and, after then-right tackle Marcus Gilbert went down, plugged the newcomer into their lineup. Murray, 29, has experience at guard and right tackle. He started 19 games in those roles between the 2019 and ’20 seasons for the Cards, who signed him to a two-year, $5.5MM extension during the latter campaign.

A back injury last season led Murray to IR, and although he returned to practice, the 21-day activation window closed without the Cards moving him to their 53-man roster. That inaction led to Murray’s 2021 season ending after three games. Arizona cut Murray this year. Following a Raiders workout, the former Cincinnati Bearcat will have a chance to be a Bills backup.

Doyle was part of Buffalo’s backup O-line crew, one that became needed extensively in a grueling game in Miami. By game’s end, the Bills had five available offensive linemen. Doyle, whom the Bills drafted in last year’s fifth round, will not have a chance to rejoin his team on the field until next year.

A run of Bills health issues led Doyle to play a career-high 37 offensive snaps in Week 3. Center Mitch Morse was unavailable in Week 3, while right guard Ryan Bates suffered a concussion. Right tackle Spencer Brown left the Miami game due what the team called a heat-related illness, and interior backup Greg Van Roten departed the game as well. The team was already without backup Bobby Hart due to his one-game suspension. It will be interesting to see what the Bills’ O-line looks like against the Ravens, a contest that should involve more comfortable temperatures, in Week 4. 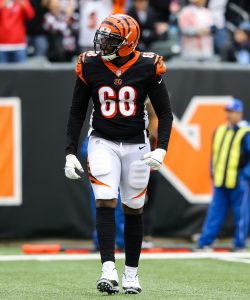