While there was some contention in regards to the six-game suspension handed down to Cardinals wide receiver DeAndre Hopkins, the NFLPA considers his case a closed issue, according to ESPN’s Jeremy Fowler. There was a sliver of hope that the ban may be reduced from six to four games, and Hopkins still believes there may be, but it seems all but certain that he will be out for all six.

With Hopkins out, Arizona’s receiving room will be led by trade acquisition Marquise Brown, veteran A.J. Green, and second-year player Rondale Moore. The depth gets pretty thin behind those three with Andy Isabella, Antoine Wesley, and Greg Dortch on the roster, among a few others. The Cardinals also shopped Isabella earlier this year.

Here are a few other rumors from around the NFC West, starting with a note out of the Bay Area:

The Rams parted ways with one of the most decorated special-teamers in NFL history this offseason, cutting Johnny Hekker. They have tabbed a replacement for the four-time All-Pro. 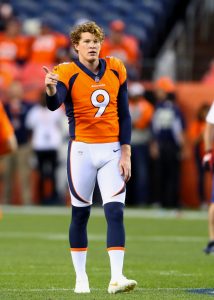 Former Broncos and Giants punter Riley Dixon agreed to terms with the Rams on Tuesday, according to a team announcement. It is a one-year deal, Field Yates of ESPN.com tweets. Dixon is a six-year veteran who has not missed a game since entering the NFL as a seventh-round pick in 2016.

Dixon surfaced this offseason as one of the cuts made by the Giants’ new regime. He punted in New York for the past four seasons, signing an extension to stay on with Big Blue. The Giants released Dixon five days before the Rams axed Hekker. The latter has since made his way to the Panthers, while Dixon will receive an opportunity with a third NFL team. The Broncos traded Dixon to the Giants in 2018.

Dixon, 28, averaged just more than 44 yards per punt in his final two Giants seasons. Despite beginning his career with two seasons in Denver’s thin air, Dixon posted his best average in New Jersey’s less friendly punting environment. He notched a 46.1-yard average in 2019. Hekker was attached to a high salary (on the punter spectrum) and finished with a 44.2-yard average last season.

The Giants have a little extra spending money, just in time for Christmas. On Tuesday, the G-Men reworked the contacts of tight end Kyle Rudolph and punter Riley Dixon to create ~$350K in cap room (Twitter link via Field Yates of ESPN.com).

The Giants won’t be making any marquee signings over the next few weeks — after all, they’re 4-10 on the year after taking their third straight loss on Sunday — but they will need to make a few minor moves like signing players to the practice squad and doling out roster bonuses.

Injuries have piled up for the Giants in recent weeks. Just yesterday, they opted to shut down quarterback Daniel Jones for the rest of the year, allowing him to fully heal from his neck injury. They also lost Sterling Shepard for the year with an Achilles tear — just the latest in an unfortunate string of setbacks for the wide receiver.

Rudolph, 32, has 22 catches for 240 yards and one touchdown so far this year. He remains under contract for 2022, thanks to his two-year, $12MM deal, but it’s not a given that he’ll return. The Giants could theoretically cut the veteran to save $5MM against just $2.25MM in dead money.

Dixon, 29 in August, also has one year to go on his contract with a similar split. His release would save $3.25MM versus $125K in dead money. The Giants’ next GM may prefer to go cheaper, rather than roster the league’s fourth-highest paid punter.

The Giants have agreed to a three-year, $8.7MM extension with punter Riley Dixon, as Jordan Raanan of ESPN.com reports (Twitter links). Dixon has averaged 47 yards per punt in 2019 — sixth-best in the NFL and a career-high for Dixon — and he may be the most consistent player on New York’s roster this year.

The Broncos drafted Dixon in the seventh round of the 2016 draft, and he served as Denver’s punter from 2016-17 before New York acquired him for a conditional seventh-rounder in April 2018 (the Broncos had recently signed Marquette King, which made Dixon expendable). Other teams were interested in Dixon, who won the Giants’ punting job in 2018 and who was eligible for unrestricted free agency this offseason.

The $2.9MM average annual value on Dixon’s new deal doesn’t make him the highest-paid punter in the game, but it does put him in the top-five. His extension is one order of business for the Giants to scratch off their list in advance of what should be an intriguing offseason. 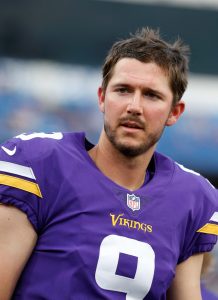 The Eagles and reigning Super Bowl MVP Nick Foles just agreed to a reworked contract that gives Foles a $2MM raise for 2018, plus a whole host of incentives. The deal also includes a mutual option for 2019, though if Foles were to decline the option, he would have to give back the $2MM he just received.

Eliot Shorr-Parks of NJ.com examines why Philadelphia, which is tight against the cap this year and will be again in 2019, made the move. The reworked deal probably had little to nothing to do with the Eagles’ wanting to reward Foles for his postseason heroics, so Shorr-Parks speculates that Foles and his camp could have put some pressure on the team, and he also suggests the new contract may come with a lower cap hit.

The chances that the Eagles exercise the 2019 option are very slim, as Foles would be owed a $20MM salary under that scenario. But, if the two sides want to continue their relationship beyond 2018, this gesture will certainly buy the Eagles some goodwill when it comes time to negotiate again. It also guarantees that Philadelphia, which already had the best QB insurance policy in the game, will keep that policy perfectly content this season, and even if Carson Wentz cannot stay healthy, the team has given itself a chance to deploy a capable signal-caller for at least the next two years.

Now let’s take a quick swing around a few other east division clubs:

Mock drafts have gone in numerous directions regarding the Broncos‘ No. 5 overall pick, and it’s possible the team could make yet another big investment at the position. But if they do, Case Keenum will not be ceding the reins anytime soon. John Elway confirmed that if the Broncos do select a quarterback at No. 5 overall the recently signed quarterback would be the unquestioned first-stringer.

“Case is our starter,’’ Elway said, via Mike Klis of 9News. “We’ll cross that road when we get there. Every situation for young quarterbacks is different. I think it’s different in today’s world, and the fact that it depends on what kind of football team those guys step onto.”

The 2016 Eagles thrust Carson Wentz into duty from the start because they traded Sam Bradford, whereas the 2017 Bears allowed Mike Glennon four starts before turning to Mitch Trubisky. It can be expected Keenum will have a longer leash, if the Broncos opt to bypass a top-tier non-QB.

Here’s the latest out of Denver: