Here are today’s minor moves from around the NFL:

Patrick is being placed on injured reserve after an awkward collision on the sideline with a member of the media led to a torn ACL. He becomes the fifth Bronco to suffer the dreaded knee injury since training camp, following wide receiver Tim Patrick, running back Javonte Williams, cornerback Ronald Darby, and running back Damarea Crockett.

In the middle of their second week of OTAs, the 49ers managed to sign all their draft picks in a day. Each of San Francisco’s nine draftees agreed to terms on their four-year rookie contracts Thursday. 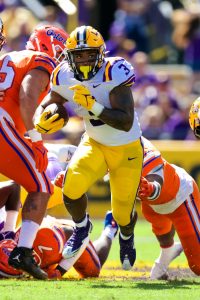 Because no first-rounders were part of this class, because of the 49ers’ Trey Lance trade-up, none of this group has a fifth-year option in his contract. While second- and third-rounders’ deals occasionally cause issues, this year being a moderately interesting one for Round 2 choices due to guaranteed years, each of the three 49ers Day 2 choices is locked in.

The 49ers began their draft by taking USC edge rusher Drake Jackson at No. 61 overall. Jackson, who recorded 12.5 sacks and 25 tackles for loss in three Trojans seasons, will be expected to play at least a rotational role for the 49ers this year. Jackson received $3.14MM of his $5.8MM slot deal guaranteed, Adam Schefter of ESPN.com tweets.

San Francisco’s Dee Ford bet largely did not pay off. Ford is expected to be released soon. The team brought back Kerry Hyder, after his one-and-done Seattle tenure, and signed ex-Colts second-rounder Kemoko Turay. Ex-Ram Samson Ebukam also remains on the 49ers’ roster, after signing last year. But Jackson will certainly be expected to be part of the 49ers’ Nick Bosa-fronted edge mix as a rookie.

Here are the draft picks the 49ers are set to take into minicamp and training camp: