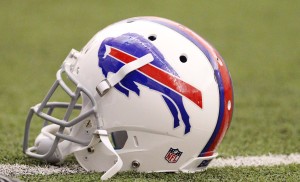 Beane is one of two known candidates for the Buffalo vacancy, as the club also has plans to meet with Texans director of player personnel Brian Gaine on Thursday. Meanwhile, while the Bills haven’t formally requested a meeting with Panthers director of player personnel Don Gregory, he is “on [Buffalo’s] list,” tweets Mike Garafolo of NFL.com, who adds the Bills could look to interview Gregory in the near future.

Running back LeSean McCoy has his own preferred candidate for the GM position, as he took to Twitter on Wednesday to advocate for Chiefs co-director of player personnel Brett Veach for the Bills position. Veach worked for the Eagles when McCoy was drafted in the second round of the 2009 draft, and was in fact pushing for McCoy to be Philadelphia’selection, tweets former NFL scout Dan Hatman. Needless to say, McCoy has no say in the Buffalo search process, and Veach hasn’t been contacted as of yet.

One comment on “Latest On Bills’ General Manager Search”