The second team to host recently unretired linebacker Zach Orr on a visit, the Colts may not be much closer to making a contract offer than they were before Orr arrived in Indianapolis on Friday. 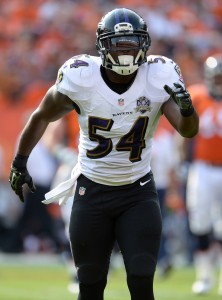 This visit — sandwiched in between Lions and Jets summits — was more of an information-gathering exercise, Stephen Holder of the Indianapolis Star reports. The Colts, Holder reports, wanted to gauge Orr’s readiness after the recently discovered congenital spinal condition forced him to retire earlier this year. So far, the team isn’t comfortable enough with the 25-year-old to foresee a future — based on the current information — where he’s playing in Indianapolis.

Orr has drawn interest from around half of the league, so this could be a lengthy process. He’s planning to visit the Jets on Saturday. The Ravens are also debating a reunion push. But teams’ medical staffs will determine Orr’s future, with the off-ball ‘backer having already established he can be a standout player when on the field.

Orr said he’s feeling great and describes the condition as a birth defect rather than a severe injury. He said he retired after speaking with one doctor but returned after other doctors said he’s not at greater risk of injury by returning to the gridiron.

The Colts made several linebacker signings during Chris Ballard‘s first offseason as GM, but most of the additions came at outside linebacker. The team has needs on the inside after cutting D’Qwell Jackson and not investing high-end draft resources in the spot. Indianapolis took Anthony Walker out of Northwestern in Round 5, though, after signing Sean Spence in free agency.

One comment on “Colts Uncomfortable With Zach Orr’s Health?”