If the Chiefs’ return for Marcus Peters seemed underwhelming, that’s because there was not a booming market for the cornerback’s services. The Browns and Colts were never major players for Peters, according to Ian Rapoport of NFL.com (Twitter link), despite both teams having execs that were involved in drafting him. 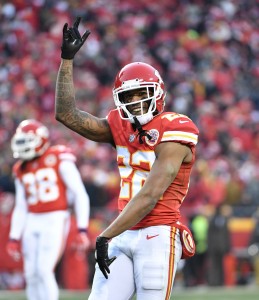 Shortly after Peters was shipped to the Rams, there were conflicting reports regarding the Browns’ involvement. It seems that we have a better understanding of Cleveland’s participation now – the Browns explored a possible Peters deal, but they were never serious suitors.

The Colts, meanwhile, will be on the lookout for a cornerback, particularly if they do not re-sign Rashaan Melvin. However, they are armed with $74MM+ in cap space and are near the top of the draft order this year, so they have other ways to bolster the CB group. Peters would have given the Colts a top-end starter in the secondary, but he may come with headaches and the price to get him was apparently still too steep for GM Chris Ballard‘s liking.

On Monday afternoon, we learned that the Rams are sending a 2018 fourth-round pick (No. 124 overall) and a 2019 second-rounder to the Chiefs in exchange for Peters and KC’s sixth-round choice (No. 196). That’s probably less than the Chiefs expected to receive, but they did not like the odds of getting Peters’ behavior under control and were uncomfortable with the prospect of giving him major dollars beyond his 2019 option.