The Patriots will meet with former Raiders second-round pick Obi Melifonwu on Friday, according to Ian Rapoport of NFL.com (on Twitter). The safety could be a depth signing for the Patriots with the potential to become more down the line. 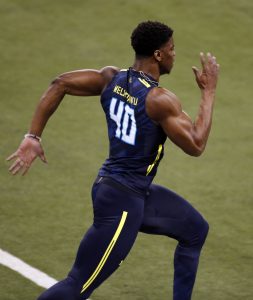 Melifonwu hasn’t done much at the pro level, but he was a second-round pick for a reason. The combine darling’s athleticism is still there and the hip injury that slowed him in the summer appears to be better, at least for now.

The 24-year-old UConn product played sparingly during his rookie campaign, compiling seven tackles in five games (one start). Melifonwu was placed on the IR twice during his first season, and he was waived/injured by the Raiders back in August. After clearing waivers, he landed on the team’s injured reserve. This week, the Raiders reached an injury settlement with him, making him a full fledged free agent.