The Falcons’ offensive coordinator search now brings the opportunity for two reunions. After the team scheduled an interview with former OC Dirk Koetter, it is now interested in Koetter’s predecessor’s 2019 fit. 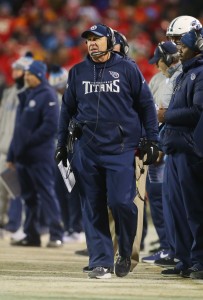 While Koetter presided over one of the Falcons’ playoff-qualifying offenses, Mularkey was there for three, using it as a springboard to land the Jaguars’ HC job in 2012. Though, Mularkey has now been given three shots at being a head coach — in Buffalo, Jacksonville and Tennessee.

The Titans took a step back on offense under Mularkey in 2017, but he coached three top-10 Falcon attacks in his four years in Georgia. Those teams did not win a playoff game, however, the 2010 team being a one-and-done with a No. 1 seed.

Koetter, Mularkey and former Seahawks OC Darrell Bevell are in the mix for this job, though Koetter may be the favorite.