The Jets announced Saturday afternoon they completed their interview with Mike McCarthy. They and the Browns are the only known teams vying for McCarthy. 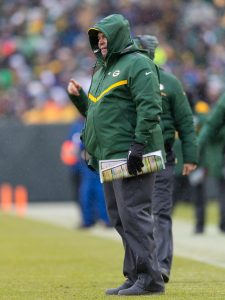 But the Jets’ position in this pursuit has strengthened. McCarthy now has “serious interest” in the New York job, Ralph Vacchiano of SNY reports. The Jets still have additional candidates to interview, so no McCarthy offer is expected yet. However, such a proposal could be coming soon.

Initially, McCarthy was connected to the Buccaneers’ and Cardinals’ jobs, with an obvious Cleveland path existing because of his past with John Dorsey. But Vacchiano notes the 13-year Packers leader has warmed up to the Jets and that he should be considered the favorite. He plans to stay relatively close to the area, with two high school-aged children, or sit out 2019 altogether.

McCarthy has already completed his Browns interview, according to Vacchiano.

Gang Green already interviewed Eric Bieniemy and Adam Gase and is scheduled to meet with Kris Richard, Jim Caldwell and Todd Monken. But none of these candidates brings the pedigree McCarthy does, his recent firing notwithstanding.