Mississippi State defensive end Montez Sweat — who is widely viewed as a potential top-15 selection in the 2019 draft — was diagnosed with a pre-existing heart condition at the scouting combine, according to Ian Rapoport of NFL.com. 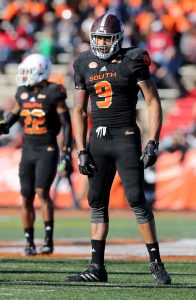 Per Rapoport, doctors gave Sweat a “thorough” evaluation at the combine because of the condition. However, Sweat was still cleared to participate in all combine activities, so it’s unclear how serious of a condition Sweat is working through. Medical professionals deemed Sweat’s issue “low-risk” and didn’t exclude him from the combine, something doctors have done before (including once in 2019, per RapSheet).

“Because of privacy issues we are not allowed to comment specifically,” said Sweat’s agents. “But I will tell you that this is not news. Montez is the same person that was medically cleared to play and dominate the SEC, the Senior Bowl, and the NFL combine. No change in health and no change in domination!”

Sweat, who stands 6’6″, 245 pounds, was a terror for the Bulldogs over the past two seasons, compiling 22.5 sacks and 30 tackles for loss over that span. Following that performance, he proceeded to light up the combine, posting a 4.41-second 40-yard dash, an all-time record speed for a defensive lineman.